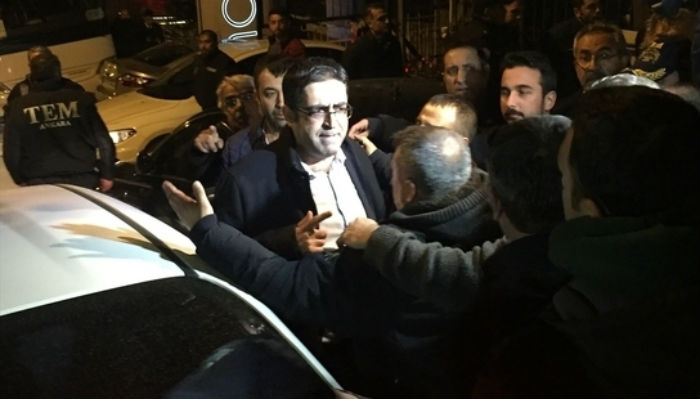 Turkish courts on Friday arrested nine pro-Kurdish Peoples’ Democratic Party (HDP) deputies including the party’s co-chairs, who were detained in the early hours of Friday following police raids on their homes.

Counterterrorism police in the early hours of Friday raided HDP headquarters in Ankara and conducted a search of the premises while 12 deputies, including co-chairs, were detained in police operations in Ankara and the southeastern provinces. The operation was launched after the HDP deputies refused to testify about alleged crimes linked to “terrorist propaganda.

Abdullah Zeydan was also referred to court and arrested later on Friday night.

HDP Şırnak deputy Faysal Sarıyıldız and Van deputy Tuğba Hezer Öztürk, who also face detention, have been reported to be out of the country.

No concessions given to Turkey to support Finland, Sweden: US