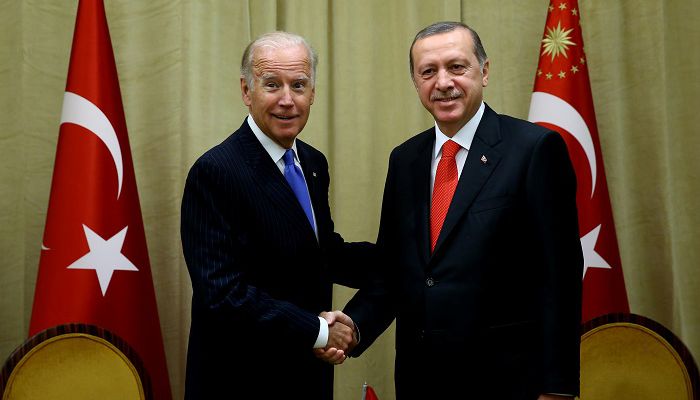 A White House statement said on Wednesday that reaffirmed the importance of the strategic relationship between the United States and Turkey, and the two leaders discussed ways to further deepen the cooperation in the coordinated campaign by Coalition Forces to degrade and destroy Islamic State in Iraq and the Levant (ISIL).

Reiterating the US’s support for Turkish democracy and praising the Turkish people’s commitment to democratic institutions and the rule of law, Biden said that the US stands ready to provide continued assistance to Turkish authorities conducting their investigation into the illegal and violent coup attempt of July 15. He also underlined that US’s legal experts are prepared to work with their counterparts on this matter.

The Justice and Development Party (AKP) government and Erdoğan puts blame on US-based Turkish scholar Fethullah Gülen for masterminding the coup which was repeatedly denied by Gülen in several interviews with international media. Despite the fact that Gülen’s extradition has been kept a hot topic in Turkish domestic politics by Erdoğan, the Washington administration has said on several occasions that it would extradite Gülen only if Turkey provides evidence, much to the frustration Turkey’s AKP government.

US officials, including Vice President Joe Biden, have several times said that it is the US courts that will decide on Gülen’s extradition if a case is filed against him with concrete evidence that shows his involvement in a crime.