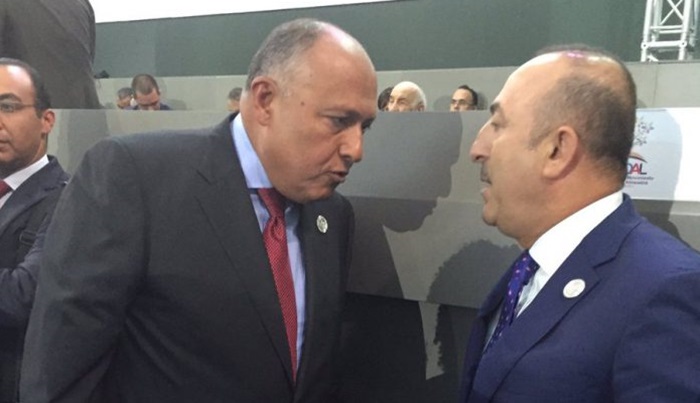 After several years of strained relations, a brief but significant encounter between Turkish Foreign Minister Mevlüt Çavuşoğlu and his Egyptian counterpart, Sameh Shoukry, in Venezuela has more than symbolic importance, reflecting a growing desire to repair the relationship.

The Egyptian Foreign Ministry shared a photograph on its official Twitter account of the encounter between the two at the Non-Aligned Movement meeting in Venezuela. It was the first high-level diplomatic encounter since 2013, when relations broke down after a military intervention led by then-Gen. Abdel Fattah el-Sisi, now the Egyptian president, toppled civilian President Mohamed Morsi.

Turkey’s government reacted angrily to the military takeover and refused to recognize the new administration in Egypt. One year after the intervention against the country’s first democratically elected civilian leader in modern Egyptian history, Sisi was elected president.

Over the last year, both sides have shown signs of a desire to mend ties, but that has failed to materialize. The meeting of foreign ministers in Venezuela may well prepare they way for the restoration of full ties as both countries face challenges and common threats in the region.