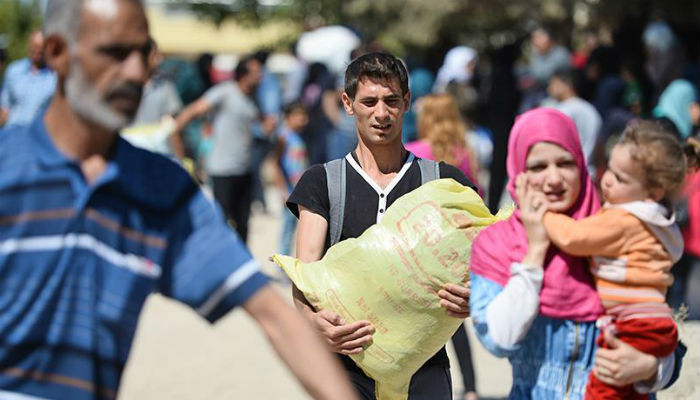 A group of 250 Syrians who took refuge in Turkey due to the civil war in Syria have returned to the Syrian town of Jarabulus after it was wrested from the control of the Islamic State in Iraq and the Levant (ISIL) terrorist group.

The Syrians were living in the Karkamış district of the southeastern province of Gaziantep, which hosts hundreds of thousands of Syrian refugees. They applied to the Gaziantep Governor’s Office for permission to return to their hometown. After completion of the official procedures, the Syrians including elderly people, women and children were sent to Jarabulus after security checks at the Karkamış border gate.

One of the Syrian refugees in the group, Hüseyin Rüstem, told the Anadolu news agency that he is returning home because it has been cleared of terrorists.

“I missed my parents. My family lives there. I was alone here. They say there is no longer any war, that is why I am going back,” he said.

As part of an operation called Euphrates Shield that started on Aug. 24, rebels allied with Turkey cleared ISIL elements from Jarabulus.