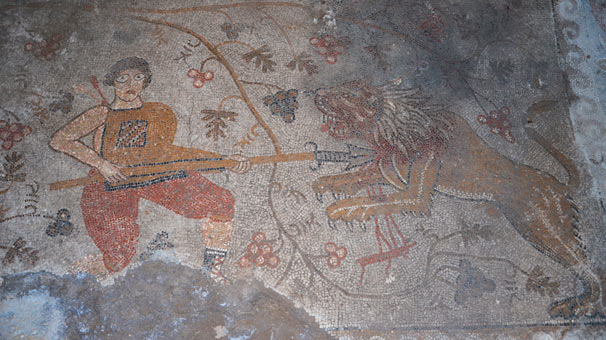 A 1,400-year-old ground mosaic has been unearthed during excavations in the Beyşehir district of Konya province, IHA reported.

The mosaic, discovered during excavations that began in December 2015 in a field 30 kilometers from Beyşehir, depicts a fight between a lion and a warrior.

The excavations are continuing in a 60-square-meter area by the Konya Directorate of Museums.

Yusuf Benli, director of museums in Konya, said the excavation site is believed to have been a villa.