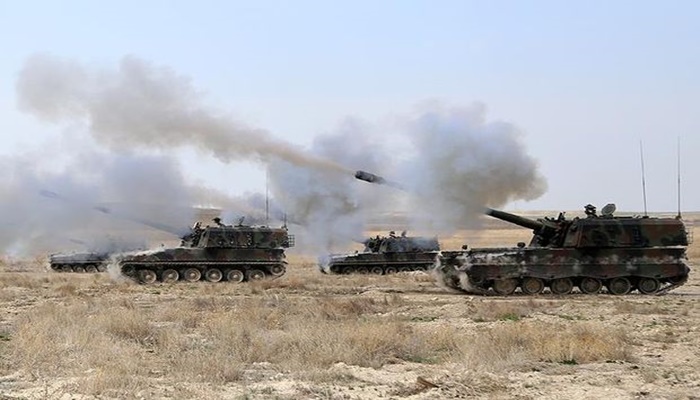 The Turkish military said in a statement on Monday that it had shelled 20 targets in Jarabulus with Fırtına howitzers as part of the Euphrates Shield operation in northern Syria, which was launched on Aug. 24 in order to clear terrorist groups from the area including the Islamic State in Iraq and the Levant (ISIL) and the Kurdistan Workers’ Party (PKK)-linked Kurdish People’s Protection Units (YPG).

According to the statement, the Turkish army is continuing to make progress in northern Syria and has cleared an area of 400 square kilometers near its border. It also noted that all necessary precautions were taken to avoid harming any civilians there.

The joint operation of the Turkish military and coalition forces, called Euphrates Shield, started with artillery strikes and rocket shelling on Aug. 24. The Free Syrian Army, which also joined the operation, reportedly took over a number of villages from ISIL in Jarabulus, which sits on the border with Turkey.

Certain parts of Turkey’s Gaziantep province, from where the clashes with terrorists on the other side of the border can easily be seen, have been declared special security zones due to the military strikes.