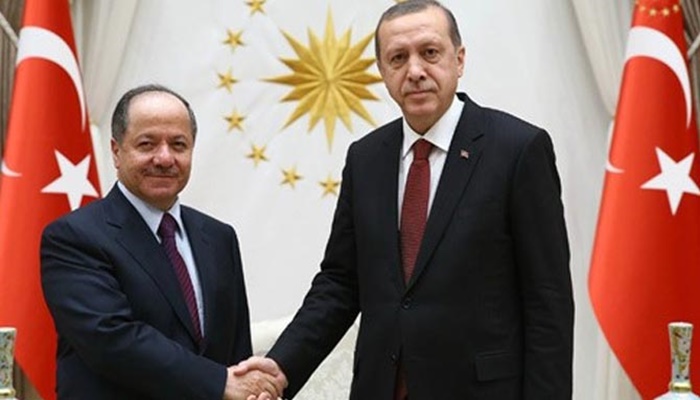 Turkish President Recep Tayyip Erdogan and Kurdistan Regional Government (KRG) President Massoud Barzani discussed cooperation against the terrorist Islamic State in Iraq and the Levant (ISIL) and the closure of Fethullah Gülen-linked schools in the Kurdish region, during a meeting in Ankara on Tuesday.

Presidential sources told the media that the Turkish side renewed its demand for 20 Gulen-linked schools in the Kurdistan region to be shut down. The media reports do not say whether Barzani agreed to the long-standing Turkish demand or not.

The Barzani administration previously rejected such a request, allowing Gülen-linked schools, which have been active since 1992, to operate in their region.

Another central topic on Barzani’s agenda, sources close to the Turkish presidency say, was cooperation between Turkey and the KRG before an impending operation to retake Mosul from ISIL.

The role of the Kurdish peshmerga forces in the approaching operation by Baghdad is of crucial importance. Equally critical is the issue of who will govern Iraq’s second largest city once ISIL is driven from Mosul.

The US military planners are giving assistance to Kurdish and Iraqi army commanders for the planning of the attack. Turkey is providing military training to peshmerga forces.