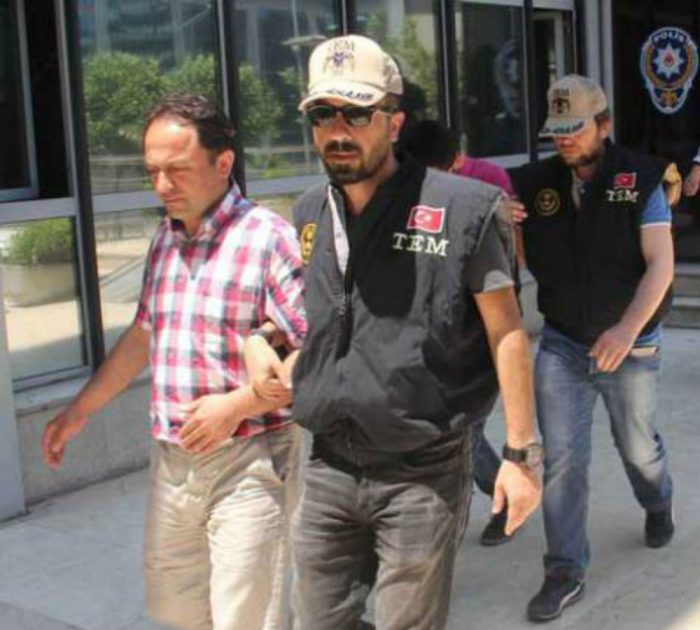 A total of 30 police officers were detained by members of İstanbul Police Department’s Anti Smuggling and Organized Crime Bureau as part of the same investigation on Thursday. While 12 of the detainees were released immediately after being questioned at the police station, the remaining 18 were sent to İstanbul Courthouse in Çağlayan.

Prosecutor Hasan Yılmaz released 3 detainees and placed them under judicial supervision while sending 15 of them to another court for arrest. The court arrested 9 of the detainees and released the remaining 6.

Six people were also detained as part of a similar operation carried out in the province of Kırıkkale by police officers from the Anti Smuggling and Organized Crime Bureau of the Kırıkkale Police Department.

The arrests and detentions were carried out mainly on suspicion of being a member of the so-called the “Fethullahist Terrorist Organization/Parallel State Structure (FETÖ/PDY),” which is used by the government-backed judiciary to frame sympathizers of the Gülen movement.

Since a corruption investigation erupted on Dec. 17, 2013 and led to the resignation of four Cabinet ministers, there have been many similar police operations carried out targeting shopkeepers, teachers, members of the judiciary, journalists and police officers who are accused of being affiliated with the Gülen movement, which is also known as the Hizmet movement. The graft probe implicated then-Prime Minister Erdoğan, members of his family and senior Justice and Development Party (AK Party) figures.