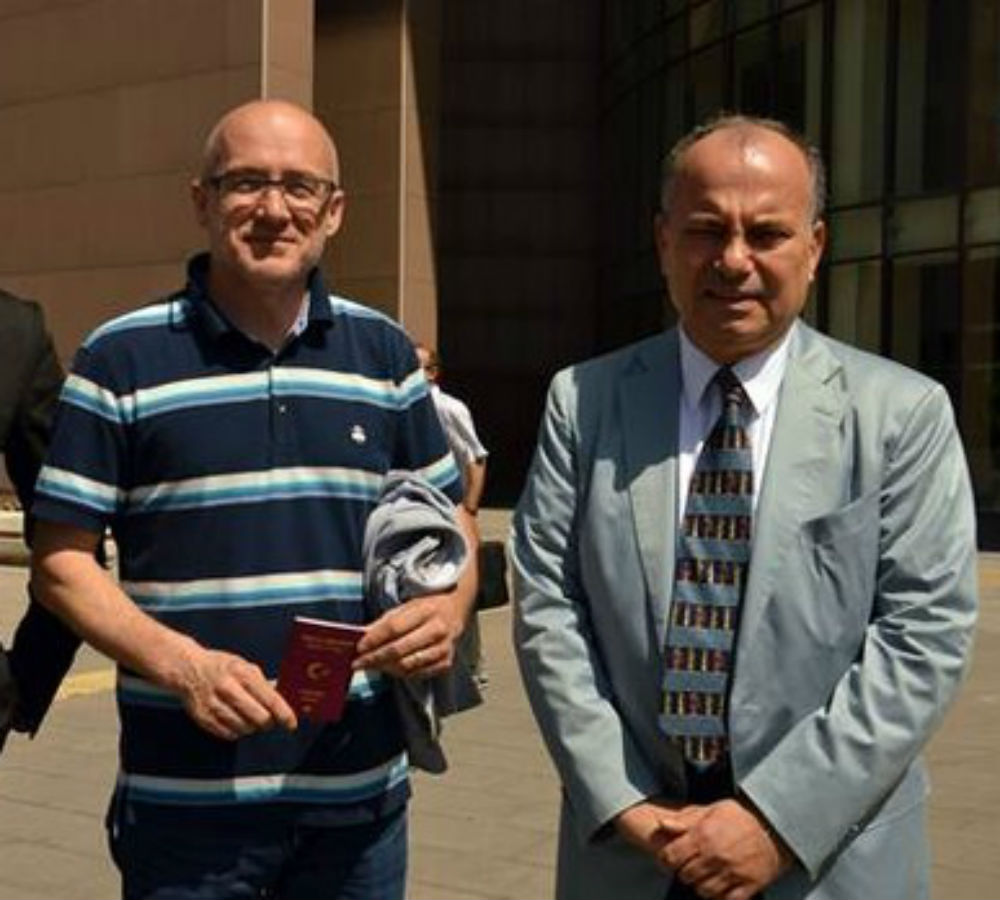 Razi Canikligil, Hürriyet daily New York reporter who was detained in İstanbul over suspicion of insult on Twitter late on Monday, has been released after 14 hours.

Canikligil was reportedly detained on suspicion of insulting Rifat Hisarcıklıoğlu — the chairman of the Turkish Union of Chambers and Commodity Exchanges (TOBB) – on Twitter last year. Detention warrant for Canikligil was issued after Hisarcıklıoğlu’s lawyer filed a complaint against him.

Canikligil was released early on Tuesday, after testifying in front of the Bakırköy Chief Public Prosecutor about the tweet in question. “This is the first time that I witness a detention warrant issued just because a lawyer says ‘This person might be the one [who insulted my client on Twitter]’. How am I to explain this situation to my colleagues in US?” Canikligil said.

“I work as the New York reporter of Hürriyet daily. A tweet posted by a user named @Mertceh that insults Mustafa Rifat Hisarcıklıoğlu has nothing to do with me. If one carefully examines the complaint petition written against me, one would see the statement ‘the name [of the suspect] might be Razi Canikligil,’ which is just a speculation and not based on any evidence or information. I do not accept the allegations against me,” Canikligil added.

Hürriyet Editor-in-Chief Sedat Ergin spoke to the press after Canikligil’s release, saying that he was deprived from his freedom for 14 hours because of a possibility. … Therefore, a grave violation of rights is in question here.”

Canikligil has been reporting latest developments on Iranian-born Turkish billionaire Reza Zarrab’s ongoing case in US. Zarrab, who was arrested in March by US authorities while in Miami, is accused of bank fraud, money laundering and evading US sanctions on Iran.