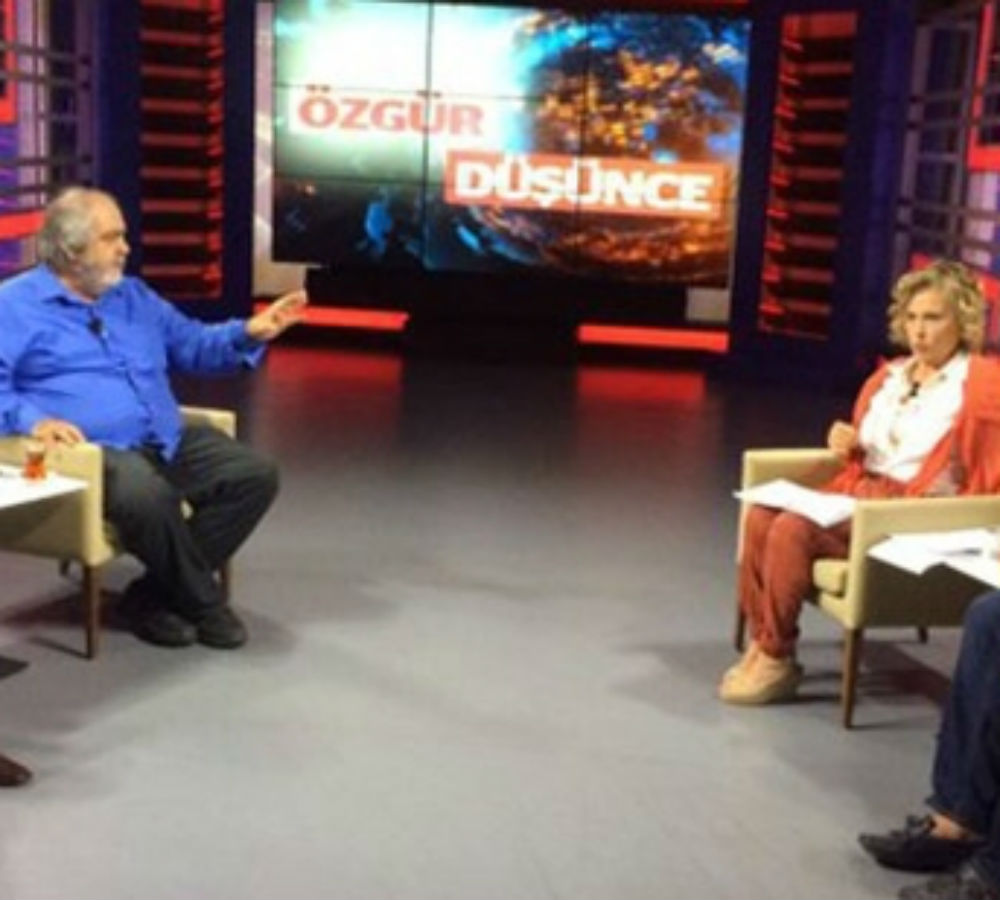 Pro-government Sabah daily has claimed that İstanbul Chief Public Prosecutor’s Office has sent a notice to the state-owned Turkish Satellite Communications Company (Türksat), advising suspension of Can Erzincan TV, which is known for its critical stance against the government.

The pro-government Sabah daily reported on Sunday that İstanbul Chief Public Prosecutor Hasan Yılmaz has sent a notice to Türksat recommending the suspension of Can Erzincan TV’s broadcasting on the grounds that its programs serve the purposes of Gülen movement.

The notice also reportedly claimed that Can Erzincan broadcasted programs with the aim of making perception operations and discrediting constitutional institutions and establishments.

Recep Aktaş, the general manager of Can Erzincan TV refuted the claims saying they have not received any official notice regarding suspension of the TV channel on Türksat satellite so far.

As part of government’s witch hunt against the Gülen movement, popularly known as the Hizmet movement — a civil society initiative inspired by Turkish Islamic scholar Fethullah Gülen’s teachings promoting worldwide interfaith dialogue, peace and tolerance — a large number of schools, educational institutions and companies, due to their alleged links with the Gülen movement, have been seized as part of government-orchestrated investigations following a major graft scandal in December 2013 that revealed the government’s involvement in corruption.

In October of last year, Turkey witnessed appointment of a panel of trustees to the İpek Koza Holding in a government-backed move, which apparently aimed to intimidate independent journalists and attracted widespread negative reaction.

The trustees took over the management of the Bugün and Millet dailies and the channels Bugün TV and Kanaltürk early on Oct. 28 when police forcibly entered the broadcasting headquarters of the media group, during which journalists and protesters claimed they were subjected to police brutality. The trustees immediately fired dozens of journalists from the group and turned the news outlets, which used to have a critical stance, into government mouthpieces. The outlets were later shut down.

Trustees also took over the management of Feza Publishing, which includes the Zaman and Today’s Zaman dailies earlier in March. Zaman was Turkey’s best-selling daily before the appointment of the trustees selling 600,000 copies daily.

Also in December, Turkey saw the screens of 14 TV channels go black, as well as the silencing of several radio channels that operate under the Samanyolu Broadcasting Group because they were removed from the state-owned Türksat infrastructure.

Türksat dropped these media outlets despite having signed an agreement with Samanyolu Broadcasting Group that necessitated service being provided until 2024. The move left hundreds of journalists jobless.