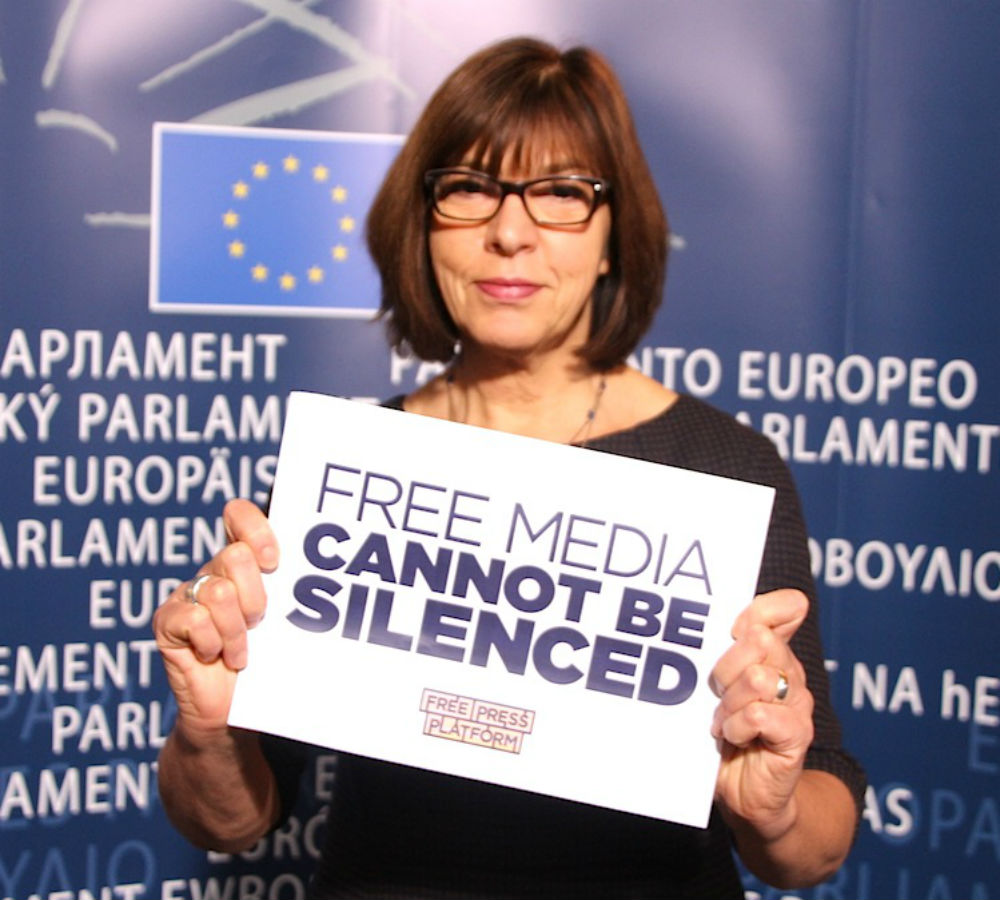 Rebecca Harms, co-president of the Greens in the European Parliament (EP), has responded a question by Turkish Minute, stating that President Recep Tayyip Erdoğan consciously ignores the rule of law by including the Hizmet movement inspired by the U.S.-based Islamic scholar Fethullah Gülen on the list of Turkish terrorist organizations with a decision taken by the Turkish National Security Council (MGK).

“President Erdoğan continues to expand his power. After having removed the parliamentary immunity of the opposition’s deputies, he now claps down stronger on his former ally Gülen and his movement Hizmet,” Harms said.

“Erdoğan’s decision is again consciously ignoring the rule of law by putting the Hizmet movement on the list of “terrorist organizations” without any court decision or legal proceedings,” Harms added.

Emphasizing that the matter must immediately be addressed by the EU Commission, Harms said: “The condemnation of the Hizmet movement generates a dangerous precedent and can pave the way for further blows to those disloyal to the government.”

Maja Kocijancic, Spokesperson for European Union Foreign Affairs and Security Policy, also responded a question by Turkish Minute last week, stating that the EU notes with concern the decision taken by MGK to include the Gülen movement – also known as the Hizmet movement — on the list of Turkish terrorist organizations.

United States (US) Spokesperson John Kirby also made clear recently that the US does not consider the Gülen movement a “terrorist organization” in response to a question regarding the politically motivated efforts by Turkish President Erdoğan to frame the social movement as “terrorist.”

On May 27, Erdoğan announced that he is expecting a Cabinet decision that will officially declare sympathizers of the Gülen movement as a “terrorist organization” in order to put them on trial.

Erdoğan refers to the movement as “Fethullahist Terrorist Organization,” which is used by the government-backed judiciary to frame sympathizers of the Gülen movement. Erdoğan also coined the term “parallel state” after December 2013 to refer to people believed to be inspired by the ideas of Gülen, especially those within the state bureaucracy.

Following the Dec. 17 corruption and bribery scandal, Erdoğan and the government launched a witch-hunt against the Gülen movement and its sympathizers. Erdoğan personally declared he would carry out a “witch hunt” against anyone with links to the movement. Thousands of prosecutors, judges and police chiefs were reassigned, dismissed or imprisoned either for taking part in the corruption investigation or based on allegations of having links to the movement. Also there have been many police operations carried out targeting shopkeepers, teachers, members of the judiciary, journalists and police officers who are accused of being affiliated with the Gülen movement, also known as the Hizmet movement.

The Gülen movement strongly rejects the allegations brought against it. There is not a court decision that declares the movement as a “terrorist group” either.