4 detained on suspicion of links to Istanbul bomb attack 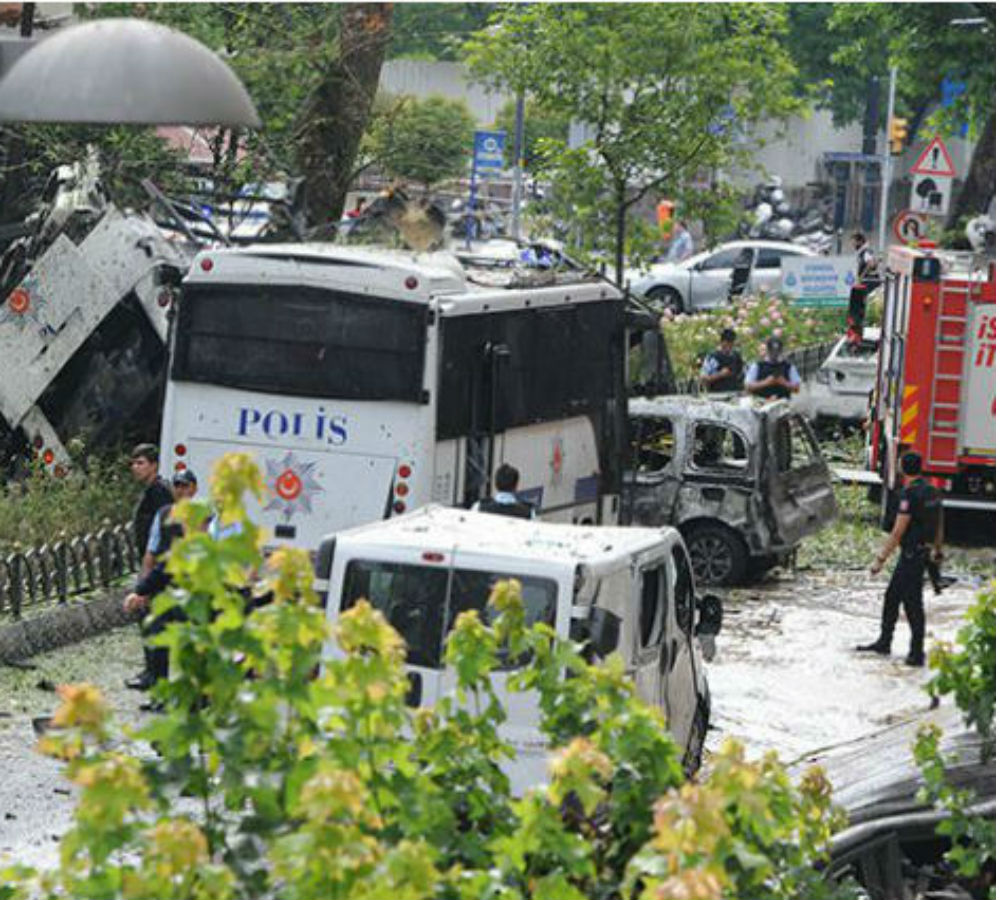 Four people were detained by counter-terrorism police as part the investigation into the bomb attack that left 11 dead and 36 injured in a central İstanbul neighborhood during the morning rush hour on Tuesday.

The four suspects are reportedly those who rented the car, which was loaded with explosives and remotely detonated in the assault. The detainees were taken to the İstanbul Police Department office on the Vatan Street.

Seven police officers and four civilians died and 36 others were injured in a bomb attack that took place in the Vezneciler area of the Beyazıt district at around 8.40 a.m. on Tuesday morning. The incident happened when a parked car exploded while a bus carrying riot police was passing by it.