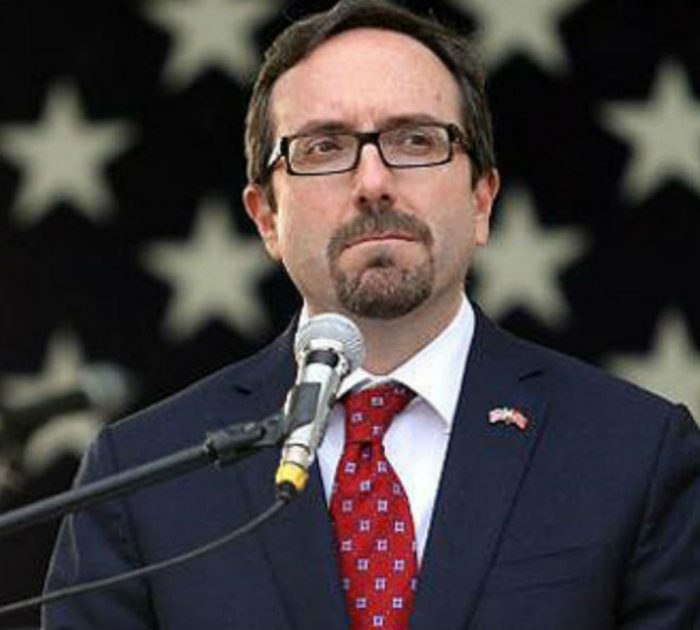 US ambassador John Bass on Tuesday called on the terrorist Kurdistan Workers’ Party (PKK) to lay down their arms and to solve the problems via dialogue.

Attending an event in Şanlıurfa province, Bass stated, “The violence in the region has to stop. The first step of this is for PKK to stop using violence and lay down arms.”

Answering the questions of press members, Bass also commented on the recently revealed photos of US soldiers wearing Kurdish People’s Protection Unit (YPG) patches. Bass said that the soldiers wore the patches without getting permission and the action was taken to prevent similar situations.

The ambassador also said that the wearing YPG patches does not reflect the US policy in the war against ISIS.

Pentagon spokesman Peter Cook had said in a press briefing last Thursday that their forces sometimes  “do what they can to blend in with the community to enhance their own protection, their own security.”

Turkish Foreign Minister Mevlüt Çavuşoğlu said on May 27, that it is unacceptable for US soldiers to wear the patches as the US is an ally of Turkey. Turkey considers YPG as a terrorist organization.