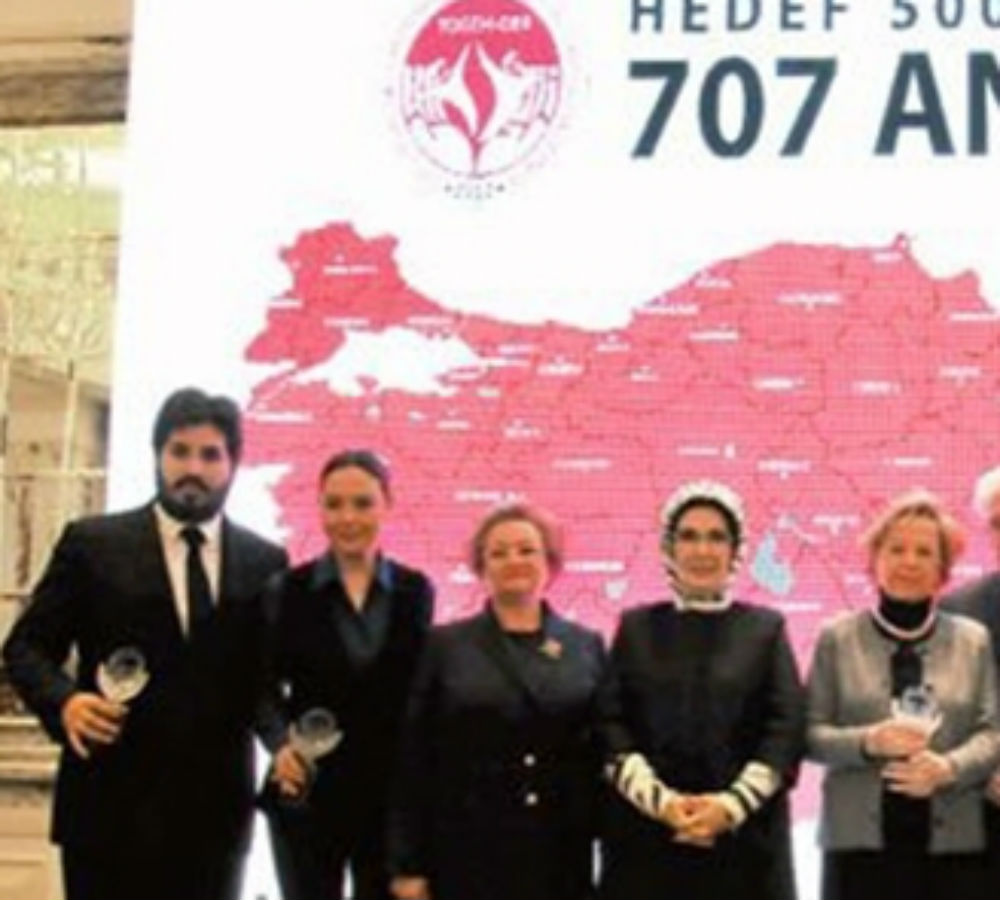 The attorney for disgraced Iranian businessman has reported that his client donated nearly $5 million to an association founded by the Turkish first lady, the latest revelation that gives an insight into close ties between the business tycoon and the Turkish political elite.

Benjamin Brafman, the attorney for Reza Zarrab, reported that his jailed client donated a total amount of $4,6 million to a non-profit group called Togem-Der (Social Development Center of Education and Social Solidarity Association), which was founded by Turkey’s first lady Emine Erdoğan.

Zarrab, 33, was arrested during a family trip to Florida in March on charges of engaging in hundreds of millions of dollars of transactions for the Iranian government or other entities as part of a scheme to evade sanctions against the country.

Zarrab was previously detained in Turkey as part of a corruption investigation that targeted then Prime Minister Recep Tayyip Erdogan and his inner circle in 2013. The Turkish authorities released Zarrab, including all other corruption suspects, dropped charges and locked up prosecutors and law enforcement who carried out the investigations.

On Wednesday, Zarrab’s lawyer offered a $50 million bail, claiming that the businessman’s wife, Ebru Gundes, is an international music star and that Zarrab will put her career at risk if he escapes. The letter to the judge who oversees Zarrab’s case said the suspect is a “well-respected businessman” who is devoted to philanthropic causes.

Zarrab, however, is not listed as a donor in the Togem-Der’s website where Erdoğan’s two daughters and dozens of business tycoons across Turkey are named on the list.

The twin corruption investigations revealed that Turkish authorities are employing a donation scheme to charge businessmen in exchange for lucrative state tenders and publicly funded projects.

President Erdoğan described Zarrab as a “philanthropist” following allegations that he generously bribed ministers in turn for favors ranging from getting a Turkish citizenship and evading customs for controversial shipments.