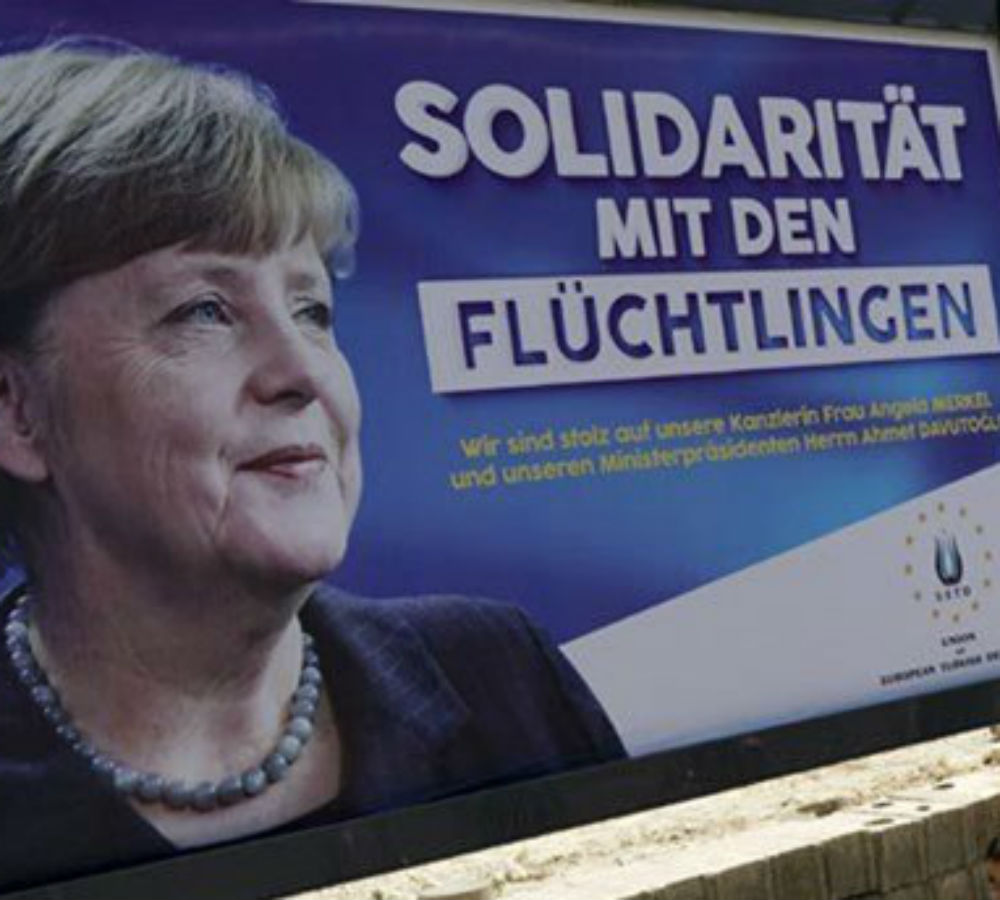 German Chancellor Angela Merkel and senior European Union officials landed in Turkish province of Gaziantep near the country’s border with Syria in a bid to promote a migration deal with Turkey as they face increasing pressure to reconsider the agreement.

Turkish Prime Minister Ahmet Davutoğlu welcomed Merkel, along with EU Council President Donald Tusk and EU Commission Vice President Frans Timmermans, as they landed in Gaziantep on Saturday afternoon. Davutoğlu arrived in the city earlier in the day together with Interior Minister Efgan Ala and Deputy Prime Minister Yalçın Akdoğan.

“In Gaziantep today with @Ahmet_Davutoglu, Merkel & @TimmermansEU to push ahead on the delivery of EU-Turkey cooperation on #migration,” Tusk tweeted on Saturday.

Security was high and the delegation was seen leaving the tarmac on a bus with two sharp shooters standing on the roof.

The delegation is scheduled to visit a government-run refugee camp in the Nizip district which is home to some 5,000 migrants. The delegation is also expected to visit an EU-funded child center where Syrian children can play and are given psychological support, the Associated Press said.

The visit comes amid questions over the legality of the EU-Turkey deal, which deports back to Turkey migrants who do not qualify for asylum in Greece.

The March 18 agreement between Turkey and the EU sets out measures for reducing Europe’s worst migration crisis since World War II, including stepped-up checks by Turkey and the shipping back to Turkish territory of migrants who arrive in Greece.

In return, Turkey is slated to receive benefits including visa-free travel for its citizens to Europe, which in the accord is promised “at the latest” by June 2016.
Turkey is also to receive up to the end of 2018 a total of six billion euros in financial aid for the over 2.7 million Syrian refugees it is hosting.

Turkish President Recep Tayyip Erdoğan recently warned the European Union that Ankara would not implement a key deal on reducing the flow of migrants if Brussels failed to fulfill its side of the bargain.

“There are precise conditions. If the European Union does not take the necessary steps, then Turkey will not implement the agreement,” Erdoğan said in a speech at his presidential palace in Ankara earlier this month.