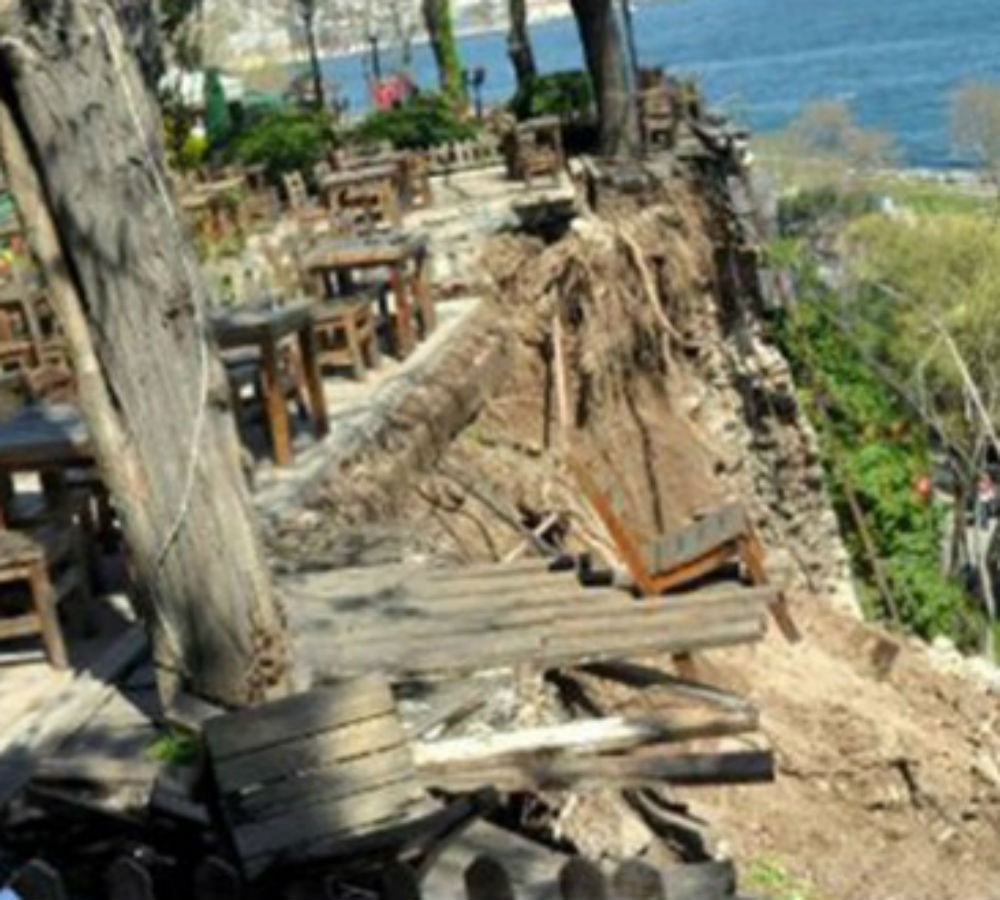 Two people were killed when a retaining wall of a tea garden in İstanbul’s Gülhane Park crumbled on Monday.

Two people who were initially trapped under the rubble died in the accident while five others were also injured in the collapse. Although the collapse is thought to have been caused by a landslide, İstanbul Governor Vasip Şahin said authorities are still trying to determine why the wall collapsed.