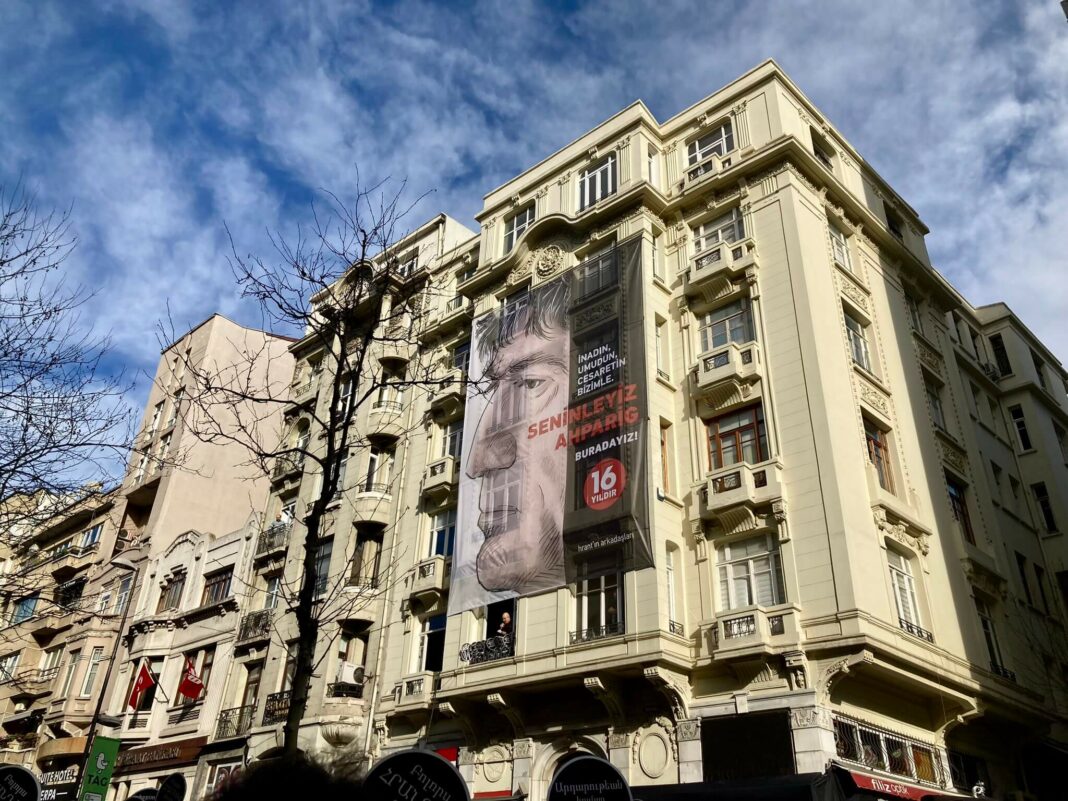 The ruling Justice and Development Party (AKP) and its ally, the Nationalist Movement Party (MHP), have rejected a parliamentary motion by the Peoples’ Democratic Party (HDP) to investigate the murder of Turkish-Armenian journalist Hrant Dink, Turkish media reported.

Dink, the former editor-in-chief of the Agos daily, was assassinated in İstanbul on Jan. 19, 2007 by an ultranationalist youth. Although 16 years have passed since the murder, Turkish authorities have failed to reveal the masterminds of the crime.

HDP Diyarbakır deputy Garo Paylon, who is of Armenian origin and who submitted the parliamentary motion, said although 16 years have elapsed since Dink’s murder, the people who told the hitman to “kill Hrant Dink” have not been brought to justice.

Paylan said Dink was targeted because he used to talk about the sufferings of the Armenian people in the language of peace and that his words were influential. He said Dink called on the Turkish state to confront the tragedies of the past and to promote reconciliation between Armenians and Turks.

Before his murder Dink had been receiving threats from Turkish nationalists for his statements on Armenian identity and his describing the killing of Armenians in the final days of the Ottoman Empire as “genocide,” a claim Turkey categorically rejects.

In 2011 Ogün Samast was found guilty of killing Dink and was sentenced to nearly 23 years in prison. He was 17 years old at the time of the murder.

At one point it came to light that Turkish security forces had knowledge of the plot but failed to take action, which led to a protracted legal process.

In September 2010 the European Court of Human Rights (ECtHR) ruled in that the Turkish state had failed to protect Dink’s life and his freedom of expression. The Turkish government was ordered to pay damages to his family.

Meanwhile, a commemoration ceremony was held on Thursday in front of the former Agos building where Dink was shot to death 16 years ago. On Wednesday evening a hologram of Dink and numerous doves was projected on the exterior walls.

The last article written by Dink before his death for the now-defunct Radikal daily was titled,” As Fearful as a Dove,” in which Dink talked about a prison sentence of six months he had just been given on charges of insulting Turkish identity, how he had been chosen as a target and the constant pressure afflicting him, his family and others close to him.

“I feel like a dove in the streets of a big city, fearful and free at the same time. But I know that the people of this country would never dare touch a dove,” he wrote.