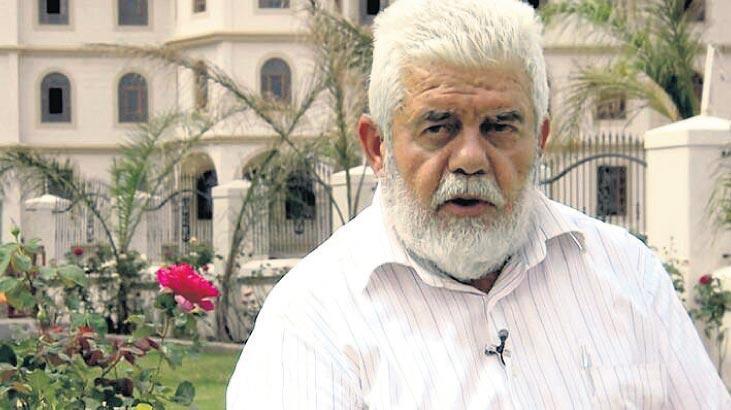 The life of the late Turkish philanthropist Ali Katırcıoğlu, the financier of the Nizamiye complex, a facility located in the South African city of Midrand, in Gauteng province, which includes a Turkish-style mosque, a clinic, a market, a cemetery and schools, was honored at a dinner on Saturday night attended by members of the Turkish community, former Gauteng Premier David Makhura, current Premier Panyaza Lesufi and many other South African guests.

Katırcıoğlu, who was affectionately called “Uncle Ali,” passed away in September.

Moments of deep sadness witnessed at todays funeral of “Uncle Ali” Katırcıoğlu. He was the businessman that funded the construction of the picturesque Turkish Nizamiye Mosque in Midrand, Johannesburg , South Africa. May Allah grant him Jannah 🤲🏼 pic.twitter.com/8v6Q1k8mCp

Gauteng Premier Lesufi thanked his predecessor Makhura for supporting Uncle Ali’s philanthropic efforts for the people of Gauteng and promised to actively participate in all future Nizamiye development projects in the province. 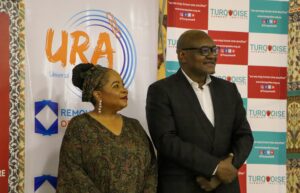 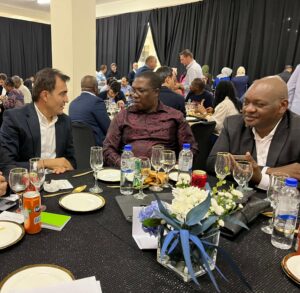 Makhura said he never expected recognition or awards for his service and praised the work of the late Uncle Ali. “I want to say that this evening is really not about me. I just wanted to serve, work in solidarity with you, the diaspora in our province. That’s all I wanted to do. And I think tonight is primarily about Uncle Ali and his wife because Uncle Ali’s legacy and his contribution to this country are very distinctive, visible and tangible to the students who attend these schools. These schools, funded by the Turkish community, provide the best education to South Africans, especially the poor communities. We must bow our heads to honor the life of Uncle Ali and what he has given to humanity and the people of our province. Uncle Ali also built the clinic in this complex. He said we have to develop something even in this place of worship and support our poor people. That is why we have a school and a clinic in this complex, and Uncle Ali said his contribution was to build the clinic. The mosque in the complex is the largest ever built in the southern hemisphere. This evening is about solidarity with the Turkish people,” he said.

Gauteng Premier Panyaza Lesufi pledged to continue supporting the charity work of the Nizamiye Foundation. “I want to thank the Turkish community from the bottom of my heart for what you have done for my good brother, my comrade, my leader [Makhura]. All the programs, projects that Premier Makhura supported — don’t count on me only for support; you will also see me in action. We will work together, he [Makhura] is my guide. This institution here is the center of social development, the center of social support and skill development, the center of fighting poverty. Let us continue this relationship to improve the lives of ordinary people because if you do that, I can tell you that the legacy of Uncle Ali will live on and on and on… He was a special person,” Lesufi said in praising Uncle Ali’s work. 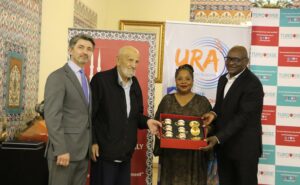 About 200 hundred people attended the dinner at the Nizamiye complex. Representatives of Turkish NGOs in Johannesburg presented a number of gifts, including a Turkish carpet and Turkish coffee cups, to the former and new premiers. Makhura was also presented with a framed picture of himself for supporting the work of Turkish NGOs during his tenure as premier.

The Nizamiye Mosque, located on the busy highway between Johannesburg and Pretoria, is a smaller replica of the historic Selimiye Mosque in the Turkish city of Edirne. The Nizamiye complex, officially opened in 2012 by then-President Jacob Zuma, hosts a school, a clinic, a gallery of photographs of religious relics, the magnificent originals of which are kept at Topkapı Palace in İstanbul, a shopping center and Turkish restaurants. The clinic was added at the suggestion of former President Nelson Mandela.