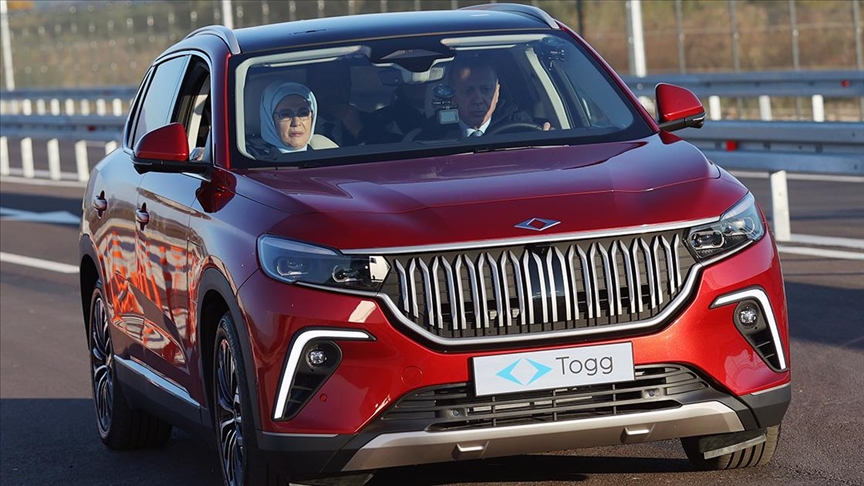 Greece to extend fence on Turkish border by 35 kilometers

Turkish President Recep Tayyip Erdoğan unveiled the TOGG, the country’s first domestically produced electric car, during the opening of a manufacturing plant in western Turkey in a move critics say is aimed at helping the president to secure another term in office, local media reported over the weekend.

The new car factory in the Gemlik district of Bursa, an industrial center southeast of İstanbul, began operating on Oct. 29, a date that carries a clear message as it marks the 99th anniversary of the foundation of the Turkish Republic.

The electric car, which has been in development since 2018, is built by Turkey’s Automobile Joint Venture Group (TOGG), and the sale of its first model, an SUV, is set to begin at the end of the third quarter of 2023, according to Turkish media reports.

The consortium of local companies behind the “domestic car” project aims to start producing other models in the following years, and its plan is to export the TOGG to Europe and then the rest of the world after 15 to18 months of domestic sales only, local media reports also said.

“All the models of Turkey’s domestic car, TOGG, will hit the roads of Europe. … They will say ‘The crazy Turks’ are coming,” Erdoğan said during the event on Saturday, after driving the first vehicle to leave the production line.

The president added that Turkey had signed a deal with a prominent international company to build a lithium-ion battery factory near TOGG’s production site in Bursa.

The electric car, the price of which hasn’t yet been determined, is expected to reach an 80 percent charge in under 30 minutes with fast charging and will have a range of between 300 and 500 kilometers, according to local media reports.

Although the TOGG vehicles are designed and assembled in Turkey, components such batteries, engines and electrical systems are imported. To date, 51 percent of materials used to build the vehicles are Turkish-made. Industry Minister Mustafa Varank has said he wants to raise this to 65 percent in the coming years.

The unveiling of Turkey’s first indigenous electric car, widely seen as an Erdoğan vanity project, comes at a time when the president and his Justice and Development Party (AKP) want to show off major projects ahead of elections scheduled for June 2023 as a contrast to the country’s deepening economic woes amid soaring inflation driven by the central bank’s unorthodox interest-rate cuts.

The state has backed the project with tax cuts, free land, low borrowing costs and a government purchase guarantee of 30,000 vehicles a year until the end of 2035, Bloomberg said in a report on Saturday.

Opposition politicians and critics of Erdoğan are certain he is using TOGG to boost his chances of re-election next year and have slammed what they argue is the project’s overtly political nature.

Turkey’s first domestically produced car isn’t the TOGG, but rather the four Devrim cars that were produced by Turkish engineers in 1961 and debuted on Republic Day at a ceremony presided over by the president like the TOGG. But the car never made it past the prototype stage.