[ANALYSIS] Why did Turkey object to EastMed but not EuroAsia Interconnector? 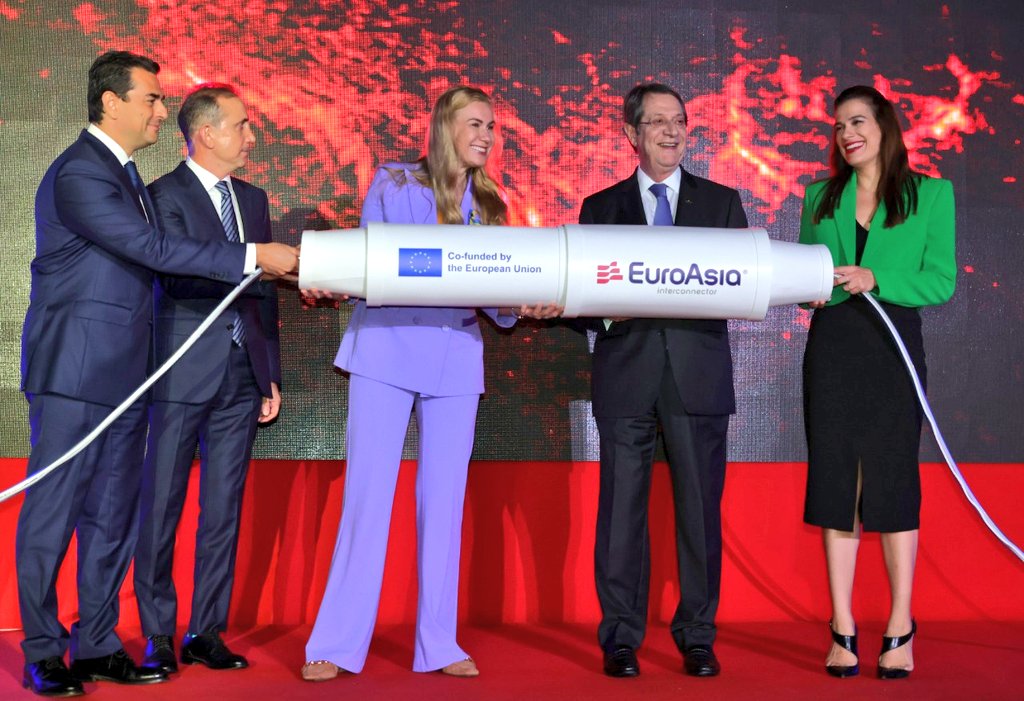 Opposition party leader accuses Erdoğan of masterminding attack on him

The EuroAsia Interconnector is a proposed 2,000 MW undersea electricity cable that will connect the national electricity grids of Israel, Cyprus and Greece (via Crete) with continental Europe. The project’s inauguration ceremony was held on Oct. 14, 2022 at the presidential palace in Nicosia. The EuroAsia Interconnector project is expected to pass through the Turkish continental shelf in the eastern Mediterranean.

Following the signing of an agreement with the Libyan Government of National Accord on Nov. 27, 2019 on the delimitation of maritime jurisdictions areas in the Mediterranean, Turkey sent the coordinates of the points forming the outer borders of the Turkish continental shelf in the eastern Mediterranean to the UN. According to the project design, the route of the electricity cables to be laid on the seabed for the EuroAsia Interconnector project passes through the Turkish continental shelf. The government of Turkish President Recep Tayyip Erdoğan has not raised any objections to the EuroAsia Interconnector project. In contrast, the Erdoğan government has strongly opposed the route of the EastMed Gas Pipeline, which would transport gas from Israel and Cyprus to Europe through the Turkish continental shelf in the eastern Mediterranean. So why is the Erdoğan government silent today on the EuroAsia Interconnector project, while it created a crisis in the eastern Mediterranean over the EastMed pipeline project?

The EuroAsia Interconnector project, announced in January 2012, is an EU Project of Common Interest (PCI) linking the electricity systems of Israel, Cyprus and Greece (via Crete) through sub-marine DC cables and High Voltage Direct Current (HVDC) cables to onshore stations in each country, with a capacity of 2000 MW. Voltage Source Converter (VSC) stations will be located in each terminal to aid in assimilating the power into the respective countries in alternating currents. 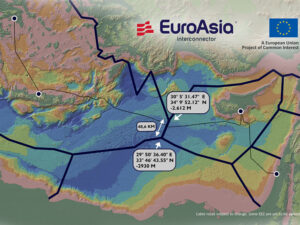 A pair of HVDC cables will connect the whole system along the seabed and onshore, terminating at the converter station locations. In each country/region, a converter station will receive the overseas power through the cable pair and inject the converted energy into the grid. It should be noted that the whole system can run in a bidirectional manner, enabling each region to either be an exporter or an importer of electricity depending on demand.

It significantly reduces carbon dioxide emissions and serves the vision of the European Commission’s Green Deal. The EuroAsia Interconnector is crucial infrastructure for the European Commission and participating countries. It is a leading PCI and has been included in all five EU lists of PCIs since 2013. PCIs are key infrastructure projects aimed at completing the European internal energy market to help the EU achieve its energy and climate policy objectives: providing affordable, secure and sustainable energy and decarbonizing the economy in the long term in line with the Paris Agreement for all Europeans and contributing to a climate-neutral economy by 2050. Every two years the European Commission establishes a new list of PCIs. To become PCI, a project must have a significant impact on energy markets and market integration in at least two EU countries, boost competition in energy markets, support EU energy security by diversifying energy sources and contribute to EU climate and energy goals by integrating renewable energy. The EuroAsia Interconnector has met the EU energy criteria and has been classified by the European Commission as a power highway project.

Article 79 of the United Nations Convention on the Law of the Sea (UNCLOS) reads that “All States are entitled to lay submarine cables and pipelines on the continental shelf, in accordance with the provisions of this article” and “the delineation of the course for laying such pipelines and submarine cables on the continental shelf is subject to the consent of the coastal State.” As is clear from this article, Turkey’s consent is required for the route of the submarine cables to be laid in the eastern Mediterranean on the Turkish continental shelf under the EuroAsia Interconnector project. However, there has been no report that such a request has yet been made of Turkey.

The Erdoğan government, which was on the brink of war with Greece in 2020 over the delimitation of the exclusive economic zone in the eastern Mediterranean, currently prefers to remain silent. Since Erdoğan does not want to provoke a crisis with the EU, especially before the 2023 elections, and expose himself to EU economic sanctions, he even wants to secure the covert support of the EU before the elections with such concessions. Of course, the fact that Israel is one of the three countries involved in this project must be another factor that is keeping Erdoğan quiet. Relations between Turkey and Israel, which had been strained since 2010, have improved thanks to Erdoğan’s efforts. Erdoğan would not be opposed to a project involving Israel since he does not want to damage relations, which are currently normalized.