Relatives, lawyers among those detained during protest by Saturday Mothers 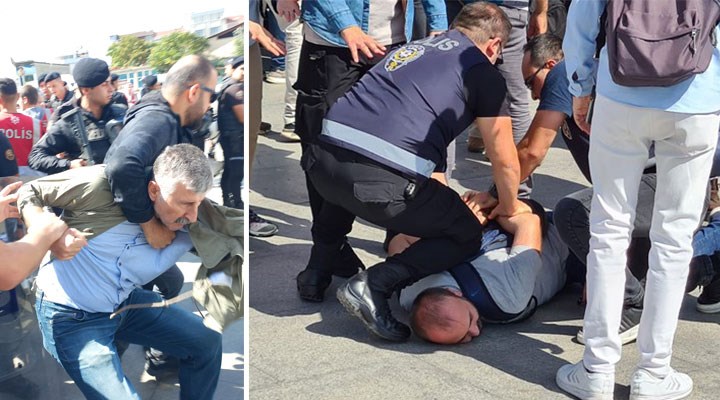 Turkish police on Wednesday broke up a protest held by the Saturday Mothers, a group of activists and family members seeking the whereabouts of loved ones who disappeared while in police custody in Turkey in the 1990s, and detained some relatives of the victims as well as their lawyers, the Gazete Duvar news website reported.

The Saturday Mothers, who first gathered on May 27, 1995 in Galatasaray Square on İstanbul’s İstiklal Street and have continued meeting there every Saturday for a silent protest since then, has staged the longest-running protest Turkey has ever witnessed.

The vigils, which saw the participation of larger numbers of people on landmark dates such as the 500th and 600th week, had been held peacefully without any restrictions by the Justice and Development Party (AKP) government until the 700th week in 2018, when dozens of protestors were detained after police used force to break up the protest. Some of the protestors were later indicted.

Wednesday’s protest took place in front of the İstanbul Courthouse in Çağlayan ahead of the fifth hearing of a trial of 46 people who are charged with “refusal to disperse despite warning and use of force” under Article 32/1 of the Law on Meetings and Demonstrations during the 700th weekly vigil of the Saturday Mothers.

According to Gazete Duvar, the protestors wanted to read out a statement, but the police intervened to prevent it and detained some relatives of the victims as well as their lawyers. Alper Taş, party council member of the SOL (Left) Party, in addition to Broadcasting and Printer Workers Union (DİSK BASIN-İŞ) President Faruk Eren were among those who were detained.

The trial was adjourned until Feb. 3

The court rejected the requests for acquittal of the 46 defendants at the last four hearings.

Interior Minister Süleyman Soylu previously said they did not allow the 700th gathering because they wanted the “total sham to end” and that the outlawed Kurdistan Workers’ Party (PKK) was using motherhood as a cover for terrorism.

The PKK is considered a terrorist organization by Turkey and much of the international community.

The Saturday Mothers repeatedly stressed that in a democratic country every citizen who demands justice should have the opportunity to express themselves in a peaceful manner. They said if citizens do not have this opportunity, then there can be no talk of democracy, justice or reform.