[ANALYSIS] Does Erdoğan really want to move away from NATO? 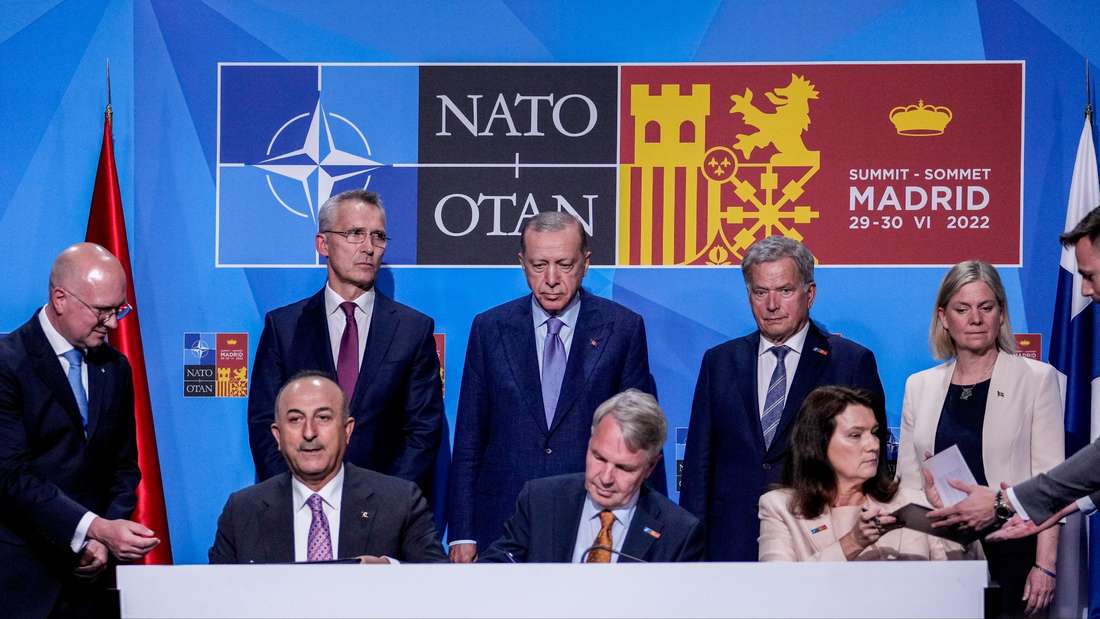 As the leader of a NATO member state, Turkish President Recep Tayyip Erdoğan attended the 22nd Summit of Heads of State of the Shanghai Cooperation Organisation (SCO) held in Uzbekistan on Sept. 15-16. Russia, one of the countries participating in the summit, is described as a significant and direct threat to NATO Allies’ security and to peace and stability in the Euro-Atlantic area in the Strategic Concept document adopted by NATO at the Madrid summit on June 28-30, while China is described in the same document as a challenge. Russia has occupied part of Ukraine’s territory in clear violation of international law, even though the UN Charter, one of the primary regulatory documents of the rule-based international order that NATO is currently seeking to protect, strictly prohibits one country from occupying another country’s land.

After Russia invaded Ukraine, most EU and NATO countries adopted a cautious attitude towards relations with Russia, while Turkey is explicitly improving bilateral ties with Russia. The first batch of missiles from an S-400 high-altitude air defense system that Turkey bought from Russia in 2019 has caused a loss of confidence in relations between Turkey and NATO. However, before the Shanghai summit, the purchase of the second batch of S-400s from Russia came up again. What exactly is behind Turkey’s intention to develop relations with Russia at the expense of its relations with NATO? Is Erdoğan trying to push Turkey away from NATO?

First of all, one point must be emphasized. It would be misleading to draw clear conclusions about Turkey-NATO relations from the Erdoğan administration’s speeches focused on domestic political goals. The administration signed the strategic concept document at the Madrid summit, which is very important for NATO and will guide NATO’s activities over the next 10 years. Turkey paved the way for the renewed enlargement of NATO, giving up its veto on the membership applications of Sweden and Finland to join the alliance. As NATO realized in 2012, when Turkey allowed the NATO Ballistic Missile Defence (BMD) radar to be deployed in Malatya/Kürecik, it cares about Erdoğan’s concrete actions rather than his rhetoric. Therefore, to gain insight into the future of Turkey and NATO, it is necessary to analyze how important the Kürecik radar is to the NATO BMD radar.

Kürecik formerly housed the US Air Force radar and communications relay station. The station, built in 1961, monitored Soviet airspace until its mission was terminated in 1991. At the 2010 Lisbon summit, NATO member states decided to create a missile defense system that would provide protection against ballistic missiles and could be integrated with the US national missile defense system.

The AN/TPY-2 early warning and detection radar, the main component of the NATO BMD system, was installed by the US in Kürecik in 2012. The command and control of the system, including the Kürecik radar and other system elements, are managed by the Allied Air Command from Ramstein Airbase in Germany. The importance of the Kürecik radar and its location stems from its coverage, which includes Iran and Russia.

The AN /TPY-2 radar can detect ballistic missiles thousands of miles away fired by Russia or Iran. Information about detected ballistic missiles is relayed to the Aegis Ashore missile defense system in Poland and Romania and to US warships equipped with the Aegis system, part of the NATO BMD system deployed by the US Sixth Fleet Command in the Mediterranean Sea to intercept the missiles.

Similar to the current situation with Russia, Turkey was criticized in 2011 for its bilateral relations with Iran. While Turkey was a non-permanent member of the United Nations Security Council (UNSC) in 2010 and voted “no” on a resolution to impose sanctions on Iran, Western media brought up the discussion about Turkey changing its axis. The discussion lost momentum when Turkey agreed to station the early warning radar of the NATO BMD System in Kürecik.

Erdoğan currently holds a significant trump card that he can use against NATO. The Kürecik radar station is the backbone of the NATO missile defense system because the Kürecik radar is invaluable when detecting missiles fired by Russia or Iran. NATO must therefore keep the Kürecik radar in operation to protect Europe from ballistic missiles.

Erdoğan supposes that he is indispensable to NATO. For this reason, he avoids decisions that would cause irreparable damage to Turkey’s NATO relations and does not veto critical decisions that are important to NATO. While Erdoğan reassures NATO, he is also building relationships with Russia and China that secure his political future by exploiting Turkey’s indispensability to NATO. However, NATO’s decision to remain silent on Erdoğan’s efforts to expand relations with Russia and China undermines NATO’s values and harms Turkish democracy. As a result Erdoğan has no political goal of pushing Turkey away from NATO. On the contrary, he aims to make NATO accept his authoritarian rule by using Russia and China.