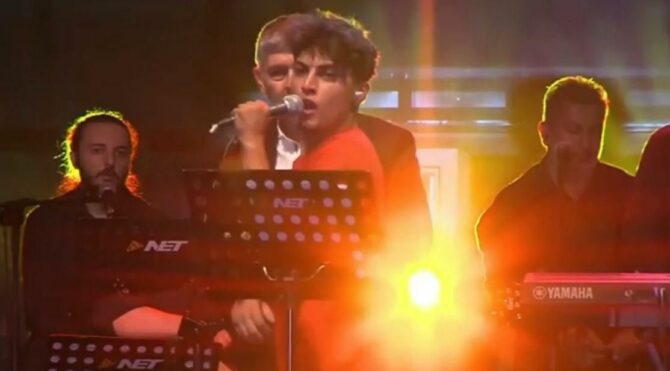 A teenager was briefly detained after jumping on stage during a concert in the central Turkish province of Konya and urging locals not to vote for the ruling Justice and Development Party (AKP) in the next elections scheduled for June 2023, the Sözcü daily reported.

The incident took place on Wednesday during a performance by musician Taner Yüncüoğlu at a concert organized by Turkey’s Youth and Sports Ministry, Sözcü said, when the young man jumped onto the stage, grabbed the microphone and shouted, “Konya, wake up already. Don’t vote for the AKP.”

He then ran away while Yüncüoğlu and the audience froze in shock for a few seconds, according to Sözcü.

Identified only by the initials M.O., the youngster, who was detained by the police following the incident, was released shortly afterward. He was alleged to be drunk and not affiliated with any political party, Sözcü said.

In the last general election, held in June 2018, the AKP garnered a nationwide vote of 42.6 percent, including 59.42 percent of the vote in Konya. However, public surveys have increasingly been showing the party’s public support to be slipping.

The ORC Research Company last week released a graph showing the changes in the AKP’s nationwide support in the last year. According to the figures, the party continued to bleed voters, with its support declining from 33.4 percent to as little as 27.3 percent within a year.

President Recep Tayyip Erdoğan, whose AKP has been in power as a single-party government since 2002, was elected president in 2014 and reelected in 2018. His election in 2018 was under a presidential system as Turkey switched from a parliamentary to a presidential system of governance with a public referendum in 2017. Under the presidential system, Erdoğan is accused of establishing one-man rule, destroying the separation of powers and silencing dissent.