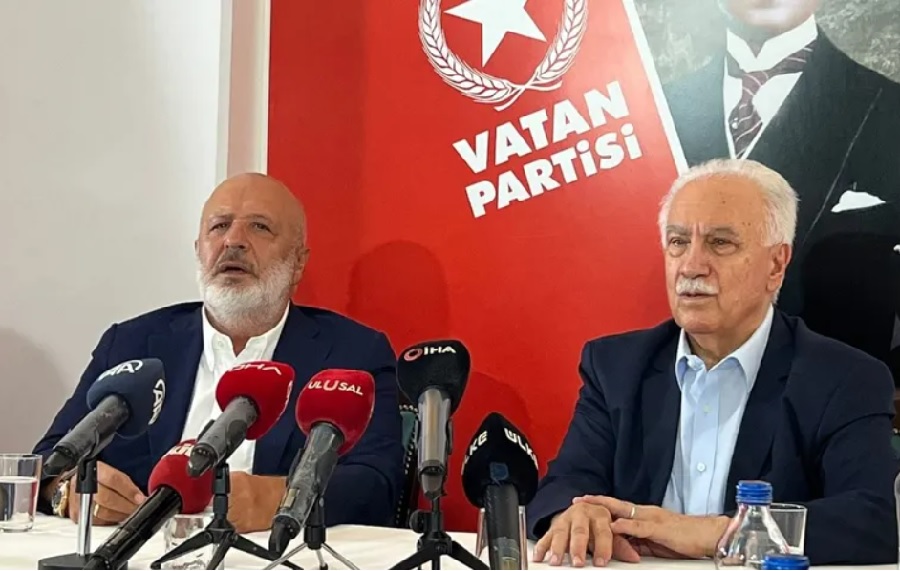 Sancak’s resignation from the AKP came in April after he was referred by the İstanbul provincial branch of the AKP to the disciplinary board for expulsion due to his remarks about the US role in the party’s coming to power.

Sancak had told a conference on “Turkey’s Security and NATO” at the İstanbul-based Marmara University, “We [the AKP] came to power with the support of the United States.”

Although Sancak later denied saying that, the remarks were clearly heard in a voice recording released by Gazete Duvar at the time.

“This nation chose Tayyip Erdoğan. … In fact, we came to power with the support of the US,” Sancak is heard saying in the recording.

Sancak on Tuesday made a press statement at the VP’s İstanbul provincial building with the participation of party leader Doğu Perinçek, a controversial figure in Turkish politics known for his anti-Western stance.

When asked why he still hasn’t revealed the “real” voice recording of his remarks at the conference that he claims to exist, while denying the controversial remarks he is heard saying in the recording released by the Gazete Duvar, Sancak said, “I’ll do it when the time is right.”

“They are portraying me as ‘[part of] the wealthy of the AKP era.’ I want to tell them this: Before I joined the AKP, I was vice president of TÜSİAD [Turkish Industrialists and Businessmen’s Association]. After joining the AKP, I got poorer,” he added.

Even though his party doesn’t have a single seat in parliament and won only 0.2 percent of the vote in Turkey’s last general election in 2018, Perinçek wields significant influence over Turkey’s foreign policy. He is responsible not only for Turkey strengthening ties with Russia and China but also for instilling an ideology in the Turkish establishment that advocates severing relations with the United States and the EU.

This ideology, known as Eurasianism, supports the view that Turkey should distance itself from the West and NATO and act independently from the Western bloc by aligning with the Russia and China axis, since Western powers are trying to divide Turkey through their support of Kurdish militants.