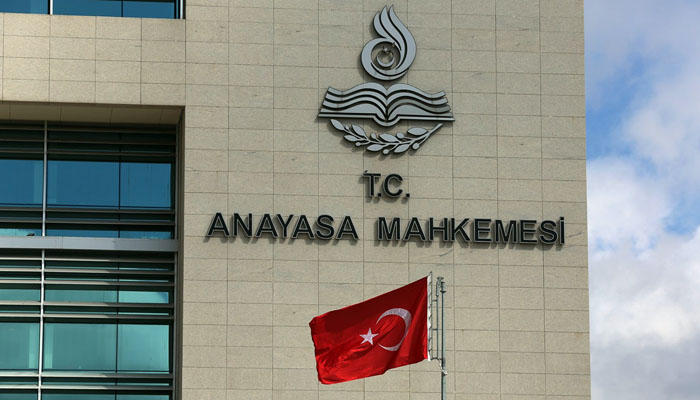 Turkey’s Constitutional Court has found no rights violation in a disciplinary punishment given to 22 teachers who staged a protest about the importance of the freedom to use one’s mother tongue, Deutsche Welle Turkish edition reported on Tuesday.

As part of the protest called by the left-wing Education and Science Workers’ Union (Eğitim-Sen) in 2016 on the occasion of International Mother Language Day, celebrated every Feb. 26, the teachers dedicated one hour of their lessons to explaining to their students the importance of the use of the mother tongue and one’s right to use it freely.

Turkey’s Education Ministry subsequently launched an investigation into the teachers and disciplined them by issuing reprimands and cutting their salaries for staging the protest. According to the ministry, the teachers’ action was not a union activity and they violated the law on civil servants by not complying with the school curriculum.

A lawsuit filed by the teachers against the ministry was rejected by an administrative court, prompting the teachers to file individual applications at the Constitutional Court as a last resort.

Yet, the top court’s decision was a disappointment for the teachers as the court said the disciplinary punishment given to the teachers for staging the protest was in line with the Turkish Constitution and therefore no rights were violated.

The court said the teachers taught their students about a subject that was not in the school curriculum and in violation of the policies of the state on the issue and the principles set by it.

According to Article 42 of the Turkish Constitution, ratified in 1982, two years after the military overthrew the government in a violent coup, “No language other than Turkish can be taught as a mother tongue to Turkish citizens.” Turkey has so far refrained from acceding to or fully complying with international treaties that guarantee the right to use mother tongues in education.

Turkey has been turning a deaf ear to demands from the country’s Kurds, which make up around 20 percent of its population, for the right to receive education in their mother tongue.