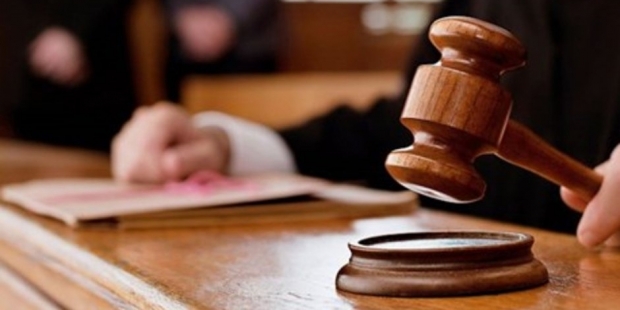 Days after the ruling in the Gezi trial, the Supreme Court of Appeals upheld three guilty verdicts against Canan Kaftancıoğlu, chairperson of the main opposition Republican People’s Party’s (CHP) İstanbul branch who played a key role in the 2019 campaign for the İstanbul mayoral election in which the CHP defeated the ruling Justice and Development Party (AKP) after 25 years in office.

While in the Gezi trial businessman and rights defender Osman Kavala was sentenced to life in prison and seven other civil society leaders to 18 years each on charges of attempting to overthrow the government by allegedly orchestrating the anti-government Gezi Park protests of 2013, Kaftancıoğlu was sentenced to four years, 11 months and 20 days and a ban from political activities for the same period for allegedly insulting the Turkish state, the president and public officials in social media posts prior to 2012.

As in the Gezi trial, which defied a European Court of Human Rights judgment of December 2019 that found that Kavala’s detention was in support of a political motive, namely to silence him and dissuade other human rights defenders, the prosecution and conviction of Kaftancıoğlu contravened three separate judgments of the same court, namely Taner Akçam v. Turkey, Vedat Şorli v. Turkey and Ömür Çağdaş Ersoy v. Turkey, where the Strasbourg court said the provisions stipulating the offenses of insulting the Turkish state, the president and public officials and their interpretation by the Turkish judiciary were not compatible with the European Convention on Human Rights and therefore should be amended.

However, I believe the time is long overdue to expose the truth that Turkish courts no longer care or give credence to human rights conventions, constitutional principles or the law. They just look for instructions from the executive branch, namely President Recep Tayyip Erdoğan, because in Turkey’s political trials, judges are acting as “willing executioners,” as stated by Gerald Staberock, secretary-general of the World Organisation Against Torture. After the verdict in the Gezi trial, Staberock said: “Judges in Turkey as willing executioners with this outrageous ruling that turns the constitutional right to protest into the crime of overthrowing the government. One could suspect Erdogan feels safe to crack down as Europe counts on him for Ukraine.” He is indeed correct in his suspicion that President Erdoğan, who has gained some power and leverage because of the war in Ukraine, moved to eliminate key political “enemies” in the face of presidential and parliamentary elections that are scheduled to be held in June 2023.

A closure case against the pro-Kurdish Peoples’ Democratic Party (HDP), criminal and administrative investigations into Istanbul Mayor Ekrem İmamoğlu, the verdict in the Gezi trial and the imprisonment of Kurdish politician Selahattin Demirtaş are directly linked to Erdoğan’s strategy of eliminating key assets of the “enemy” powers in the face of the forthcoming “war,” namely the 2023 elections.

In the 21st century, when all regimes claim to be democratic, it is not possible to maintain the 20th-century style of autocracy. Leaders like Erdoğan, therefore, implement a playbook called Autocratic Legalism, the patterns of which are described as follows: A constitutional democracy, flawed but in reasonably good standing, is hit by a transformative election. A charismatic new leader comes to power and promises to sweep away the dysfunctions of partisanship, gridlock and bureaucracy. The leader claims to call things by their right names and to speak the unspeakable. He rails against entrenched power, entrenched people and entrenched structure. He rallies the people by assuring them that the state belongs to them and only them.

Although they aim to capture and exercise unconstrained power, to avoid an immediate and overwhelming reaction the new autocrats take a kinder, gentler but in the end also destructive path. To this end, they apply constitutional and institutional reforms. They capture and repurpose state institutions. They weaponize laws and the judiciary. Yet, to masquerade as a democrat figure, they leave just enough dissent in play that they appear to be tolerant. They, therefore, tolerate a weakened opposition and other democratic signs of life, such as a small critical press or a few opposition NGOs.

True to the patterns described above, Erdoğan won an election following a huge economic crisis caused by a coalition government. He presented himself as the voice of the voiceless and constantly promised to fight judicial and bureaucratic oligarchy. To this end, he always talked about and pursued reforms. Although in the first years of his rule he was careful in his steps, after 2014 he accelerated those steps to build a new regime. And a “gift of God” coup attempt cleared way for his Turkish-style executive presidency. Twelve out of 19 amendments to the constitution were introduced under the government of the ruling AKP. The most recent 2017 constitutional revision that was described by the Venice Commission as a dangerous step backwards in the constitutional democratic tradition of Turkey and the system of an authoritarian and personal regime amended 76 articles of the constitution.

With these so-called reforms, he gained absolute control over the parliament, the executive and the judiciary. He sacked more than 4,000 judges and prosecutors without due process, hired some 12,000 new judges and prosecutors, changed the structure of the Constitutional Court and the Council of Judges and Prosecutors twice, and replaced all members of the Supreme Court of Appeals and the Council of State. Twelve of 15 justices of the Constitutional Court owe their seat to President Erdogan or his co-founder of the ruling AKP, former president Abdullah Gül.

In his autocratic legalism regime, Erdoğan’s power is so unchallengeable that in the World Justice Project Rule of Law 2021 Index, Turkey ranks 134th out of 139 countries in constraints on government power.

Political repression is an inherent feature of autocratic rule, yet strategies of repression vary. In the regimes of autocratic legalism, political trials, weaponization of pretrial detention and the takeover of NGOs and media outlets through ad-hominem legislation are the most frequent methods of repression of opposition. In these regimes, the judiciary, rather than checking and balancing the executive and legislative bodies, contributes to improving and maintaining autocratic executive power. Erdoğan effectively uses the courtroom to eliminate any figure who has the capacity to challenge him. In the Turkish case, it was first the military leaders who had a tutelage over the government since the 1960s. Erdoğan used the judiciary to end this military tutelage. Then he eliminated the judges, prosecutors and police chiefs who dared to conduct a probe into the corruption of Erdoğan and his close circle, again by using the judiciary. He next struck the pro-Kurdish opposition, which delivered him a heavy blow in the June 2015 elections, when Erdoğan’s AKP for the first time failed to win a majority in parliament. Since 2016 hundreds of pro-Kurdish HDP politicians including co-chairs Demirtaş and Figen Yüksekdağ, mayors and other local politicians have been detained. This campaign eventually ended up in a closure case against the HDP that is expected to soon be concluded.

Erdoğan’s judiciary uses vague and overly broad anti-terror laws to eliminate targets who are put in the crosshairs by Erdoğan. According to an academic study, between 2001 and 2010 more than half of all convictions for terrorism-related offenses that occurred worldwide were from just two countries, Turkey and China. Since 2014 the situation in Turkey has considerably worsened, with more than 265,000 people sentenced for membership in an armed terrorist organization between 2016 and 2020.

Verdicts in the Gezi and Kaftancıoğlu cases show that from Erdoğan’s point of view the war in Ukraine has given him powerful leverage against the West, and he wants to exploit this opportunity as much as he can. One can expect that the pro-Kurdish HDP will be closed and the crackdown on other opposition parties will be intensified. At this point, the opposition should understand that it is time to admit that the current state of the Turkish judicial system has nothing to do with it being the legitimate judicial branch but rather with it being the willing executioners of President Erdoğan. Therefore, the opposition should deny even an iota of legitimacy to the Erdoğan courts. It further should promise breakthrough reforms in the judiciary with the assistance of the Venice Commission that should involve the re-vetting of all judges and prosecutors and subjecting partisan judges to a lustration process in compliance with Council of Europe guidelines.

* Ali Yıldız is a Brussels-based lawyer and founder of The Arrested Lawyers Initiative.