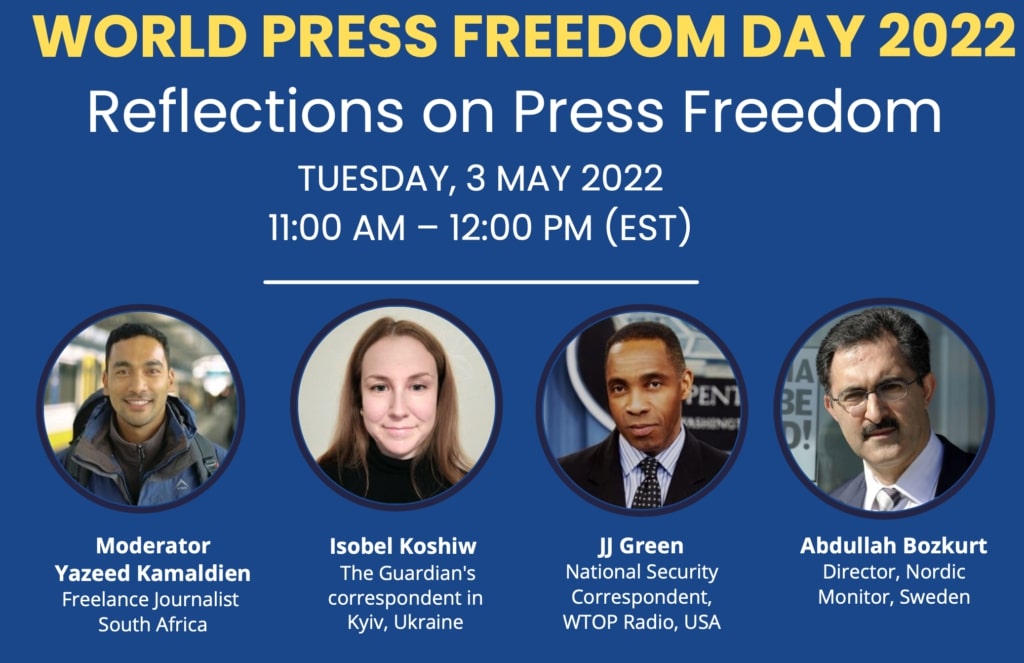 The New York-based Journalists and Writers Foundation (JWF) held a virtual event on Tuesday on the occasion of World Press Freedom Day to discuss challenges threatening freedom of the press and how governments are responsible for protecting it.

During the event, participants heard the stories of journalists who while covering world affairs risked their lives and freedom to report on conflicts, inform people about press freedom violations and remind governments of their commitment to ensure press freedom.

Koshiw discussed the challenges of reporting from Ukraine amid the ongoing war and the role the media and independent journalists play in exposing the crimes against humanity and the atrocities taking place in Ukraine due to the Russian invasion of the country.

JJ Green spoke on press freedom, humanitarian efforts and security concerns regarding Ukraine from national and global perspectives. He shared stories from interviews with journalists and people on his news program, “Global with JJ Green.”

Turkish journalist Bozkurt talked about press freedom and freedom of speech and expression in Turkey by sharing the stories of journalists who have faced countless difficulties while covering news and reporting on human rights violations.

Turkey was ranked 149th among 180 countries in the Reporters Without Borders (RSF) 2022 World Press Freedom Index, released on Tuesday.