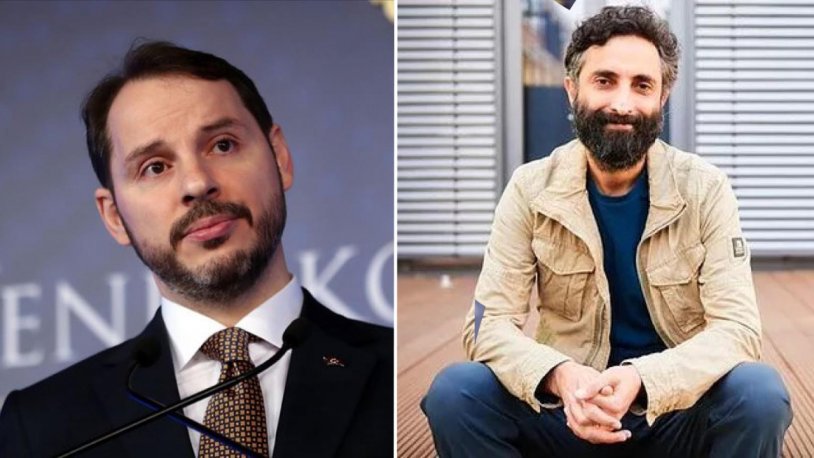 A Turkish court has issued an arrest warrant for a journalist who is currently living in exile due to his remarks about a sex toy allegedly bought by the son-in-law of President Recep Tayyip Erdoğan, also a former minister, attracting more attention than the alleged corruption he was involved in, the Diken news website reported.

The first hearing in the trial of journalist Metin Cihan, whose real name is Metin Yücel, was held in absentia at an İstanbul court on Thursday. The journalist was indicted based on a criminal complaint from Albayrak and is facing charges of insulting a public official due to a tweet he posted after Albayrak’s email account was hacked by RedHack in September 2016. Albayrak was Turkey’s energy and natural resources minister at the time.

Redhack leaked the emails after Turkey failed to release leftist dissidents, including a pro-Kurdish political party official and a novelist, from pretrial detention.

“When Berat Albayrak’s mailbox was published by Wikileaks in 2016, there was much excitement here. About what? Not about the favoritism, bribery and corruption [revealed based on the content of his emails], but about his purchase of a vibrating ring. We were fools,” Metin tweeted in April 2020.

Albayrak’s hacked emails revealed the receipt of some sex toys he ordered from Amazon while he was in the United States in 2012. Albayrak’s purchase of sex toys made him the butt of jokes on social media due to his conservative background.

Cihan’s conviction could result in a prison sentence of between three months and three years, according to the indictment.

The journalist’s lawyer, Özgür Urfa, told the court during Thursday’s hearing that his client went abroad when there was no investigation into him and that there was no element of a crime in his tweet, demanding his acquittal.

The court, however, decided to issue an arrest warrant for the journalist and adjourned the trial to Oct. 18.

Some journalists reporting on the leaked emails were accused by the pro-government media of manipulating the content to defame the minister and democratically elected government and undermine the minister’s strategic activities and national energy policy.

Albayrak’s emails indicated plans to use the power of social media for government propaganda and also that the silencing of government critics dated back to the Gezi protests, which were sparked in June 2013 in protest of government plans to demolish a park in Istanbul’s Taksim neighborhood.

Albayrak served as Turkey’s energy minister between November 2015 and July 2018. He was subsequently appointed finance minister. He resigned from the finance ministry citing health problems in November 2020. He has frequently been blamed for the deterioration of the Turkish economy when a decline in the value of the Turkish lira, nearly 30 percent in 2020 under his time in office, led to higher inflation.

Meanwhile, Cihan is also facing a six-year prison sentence in a separate case for disclosing documents that revealed alleged nepotism engaged in by the ruling Justice and Development Party (AKP) involving members of a pro-government foundation.

In October 2021 Yücel revealed, citing a document sent to him by a former member of the pro-government Turkey Youth Foundation (TÜGVA), that some executives and members of the foundation were appointed to posts in the Turkish military, police force and judiciary in what appeared to be favoritism.

Bilal Erdoğan, the son of President Erdoğan, sits on the foundation’s advisory board.