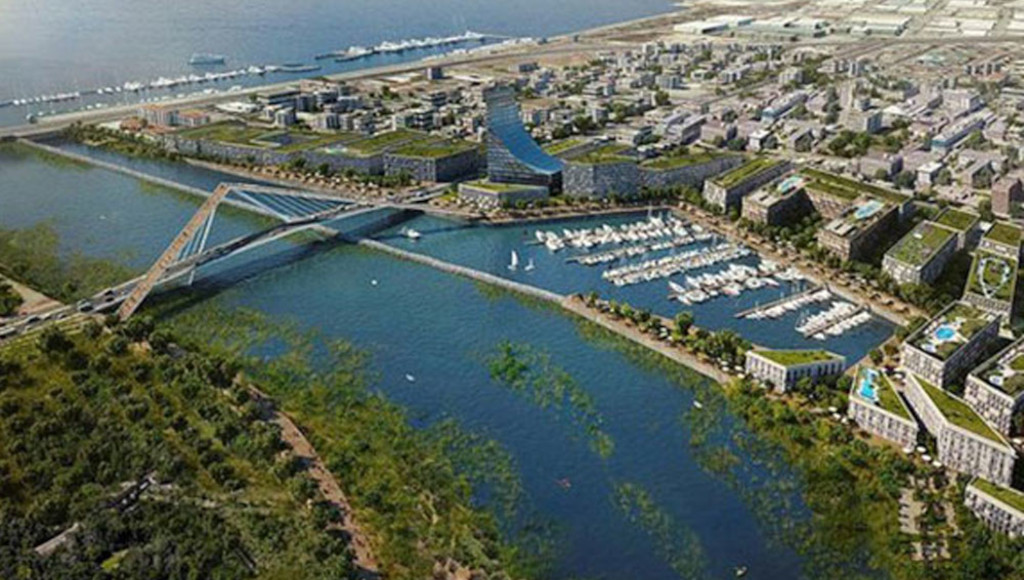 Turkish President Recep Tayyip Erdoğan refers Kanal İstanbul, which will bisect the European side of İstanbul to connect the Black Sea to the Marmara and Mediterranean seas, as his “crazy project,” which he has sought to implement despite reactions from critics.

Construction has recently started, although opposition parties have been declaring that they will halt funding the project when they come to power in an effort to dissuade potential investors.

The canceled tender concerned the construction of a rail line between Halkalı and Ispartakule, which was designated an “expedited” project by the Ministry of Transportation and Infrastructure.

This designation allowed it be tendered on June 28, 2021 through the “negotiated method” without following normal tendering procedures.

Of nine bidders invited to participate, five submitted bids, and a joint venture between Gülermak Yapı and Yapı-Taşyapı won the tender with a bid of TL 3.1 billion ($216 million).

The tendering method was contested by one of the other bidders, and the complaint was eventually heard by the Council of State.

In its defense, the ministry argued that the tender had to be expedited because of techniques involved in the construction and the long time necessary to procure special technological and technical equipment for the project.

The Council of State, however, cancelled the tender on grounds that the required transparency and competition had not been ensured and that the project failed to comply with the expediency requirement set forth in Article 21 of the Public Tender Law.

The court’s decision is final and binding.

While Erdoğan and his Justice and Development Party (AKP) government claim the channel is necessary for the safety of İstanbul’s Bosporus Strait, which sees busy marine traffic, critics of the project argue it is aimed at generating money for pro-AKP circles and will damage the environment and could even worsen the earthquake risk in the city of more than 15 million people.

The plans to construct the canal have also opened up a debate about Turkey’s commitment to the 1936 Montreux Convention, which is aimed at demilitarizing the Black Sea by setting strict commercial and naval rules on passage through the Bosporus and Dardanelles straits leading to the Mediterranean.