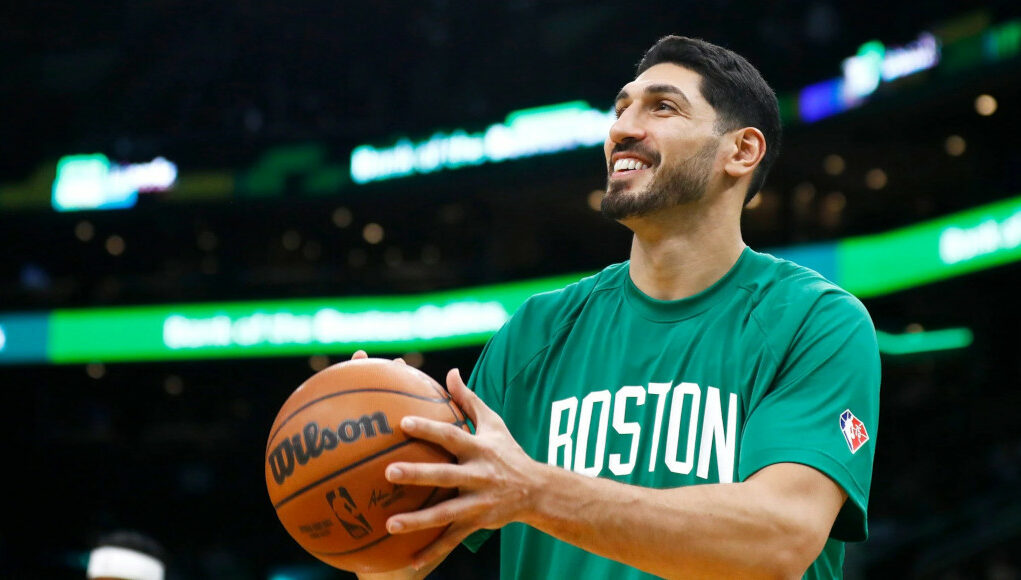 A cross-regional coalition of 25 human rights organizations has announced that its prestigious human rights award will go this year to Enes Kanter Freedom, an NBA athlete and outspoken critic of human rights violations in Turkey who is risking his career for speaking out against China’s persecution of ethnic Uyghurs, the Bold Medya news website reported on Wednesday.

Kanter will accept the 2022 Courage Award on April 6, addressing a ceremony to be attended by UN ambassadors, human rights activists and journalists from around the world in town for the 14th annual Geneva Summit for Human Rights and Democracy, the coalition on Tuesday said in a statement.

Hillel Neuer, the executive director of United Nations Watch, a co-organizer of the conference, together with Liberal International, the Human Rights Foundation and more than 20 other human rights groups, said that Freedom was chosen for his “heroic efforts to sound the alarm on China’s brutal human rights abuses.”

“I want to say thank you to the Geneva Summit for Human Rights and Democracy for its support and for shining a global spotlight on human rights abuses in China,” Freedom said. “I hope this encourages other athletes to stand up for what is right.”

“Despite China’s propaganda, the regime does not represent the Olympic values of respect and friendship, it’s a brutal dictatorship that oppresses its people,” said Freedom.

The Geneva Summit has been a leading voice at the United Nations for the cause of the Uyghurs, hosting Uyghur dissidents such as Rebiya Kadeer in 2010, Bahtiyar Omer in 2011, Jewher Ilham in 2020, Nury Turkel in 2020, Rayhan Asat in 2021 and Rushan Abbas this year. It counts the World Uyghur Congress as one of its founding coalition partners.

Raised in Turkey, Kanter has been targeted for being an outspoken critic of Turkish President Recep Tayyip Erdoğan’s increasingly authoritarian policies and human rights record. Turkey canceled his passport and imprisoned his father in addition to an attempt to have him deported from Romania on May 20, 2017, during one of his international trips. His passport was briefly seized by the Romanian police upon a request from the Turkish government. The NBA said it had worked with the State Department to ensure Kanter’s release in Romania.

When the basketball star condemned Chinese President Xi Jinping as a “brutal dictator” and labeled China’s Tibet policy “cultural genocide,” his games were pulled in China, with which the NBA enjoys a lucrative relationship.

He has also called out the treatment of Uyghur Muslims in the Xinjiang region, putting special focus on products made in the region with forced labor.

Kanter was recently traded from the Boston Celtics to the Houston Rockets, which then waived him, and no other team picked him up. Many suspect the NBA is punishing him for speaking out on China and trying to silence him.

Earlier this month a number of Republicans in the US Senate expressed support for Kanter while criticizing the NBA for failing to also stand behind his cause.