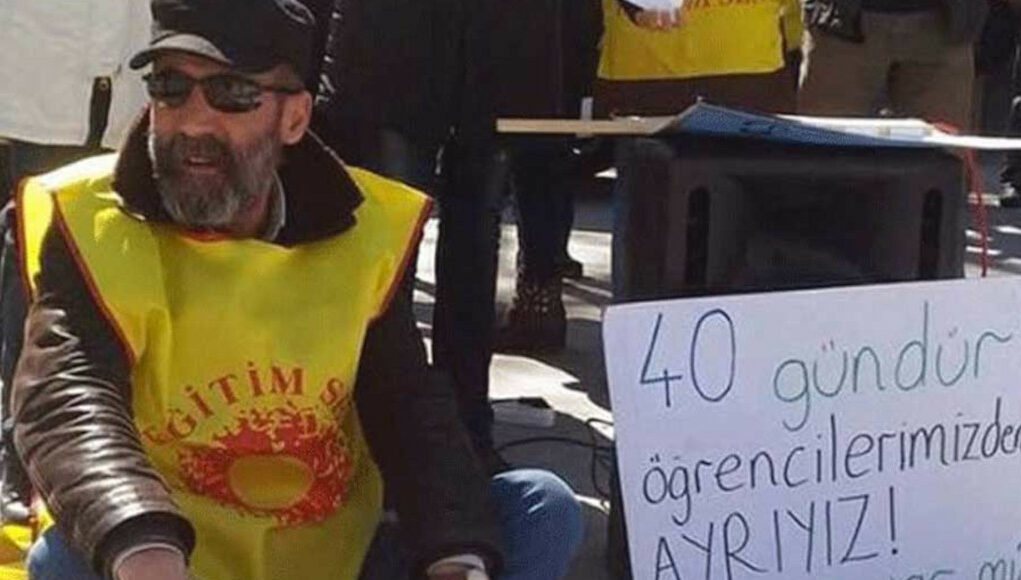 A former teacher who was dismissed from his job in an extensive purge in the aftermath of a coup attempt in Turkey in 2016 and died of a heart attack in 2017 has been reinstated to his job, the Kronos news website reported on Thursday.

Kazım Ünlü, the secretary of the Tekirdağ branch of the left-wing Education and Science Workers’ Union (Eğitim-Sen), was one of the more than 130,000 civil servants who were expelled from public service under a state of emergency following the coup attempt on July 15, 2016 on the pretext of an anti-coup fight.

Ünlü had died of a heart attack on Nov. 23, 2017 soon after his dismissal. The news of his reinstatement came on Thursday, more than four years after his death.

Ünlü’s reinstatement was announced on social media by his son, Ozan Ünlü.

The State of Emergency Procedures Investigation Commission (OHAL Commission), which was established in January 2017 for appeals against measures taken by the Turkish government during the two-year state of emergency declared after the abortive putsch, decided to reinstate Ünlü to his job as a geography teacher.

Announcing the news of his reinstatement, his son shared the official decision and a photo of his father protesting in the rain.

Former public servants were not only fired from their jobs, they were also prohibited from working again in the public sector and getting a passport. The government also made it difficult for them to work formally in the private sector. Notes were put on the social security database about dismissed public servants to deter potential employers.

There have been many other former public servants who have been reinstated to their jobs after they died.

Yurdal Gökçe, 41, a former police officer, was reinstated in December 2021 one month after his death in an accident at the construction site where he was working to make ends meet.

The latest example was Zeynep Binen, a medical secretary who was dismissed in the aftermath of the coup attempt and died of a cerebral hemorrhage while she was pregnant a year later. She was reinstated earlier this month.