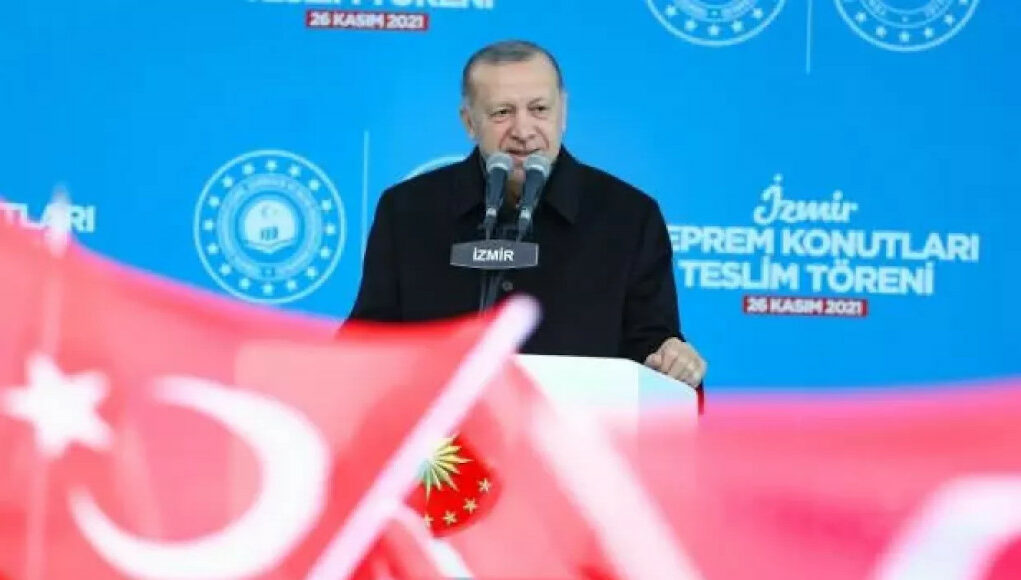 President Recep Tayyip Erdoğan’s approval rating rose 2.1 percentage points in January, a survey by Metropoll showed on Thursday, as the Turkish lira steadied in recent weeks on the back of government measures despite soaring inflation, Reuters reported.

Under pressure from Erdoğan and despite high inflation, the central bank has slashed interest rates by 500 basis points since September, triggering a currency crisis that saw the lira plunge last month to 18.4 to the dollar, its weakest level ever.

Inflation has jumped to a 19-year high of 36 percent, seriously eroding earnings, especially of working and lower middle class Turks who form the electoral base of Erdoğan’s Islamist-rooted Justice and Development Party (AKP).

The government has introduced fiscal measures to ease the currency volatility, but the lira is still 46 percent weaker than a year ago and Erdoğan, who wants to boost exports and credit, has refused to change course despite mounting criticism.

According to Metropoll, Erdoğan’s approval rating rose from 38.6 percent in December to 40.7 percent in January. The number of those who do not approve of the president has fallen 2.8 percentage points in that time, it said. Erdogan’s disapproval rating still remained higher though, at 54.4 percent.

Despite the rise in popularity, Erdoğan’s approval ratings are still at a multi-year low. Turks have cited economic woes and mismanagement as the top reasons for their dissatisfaction with Erdogan’s government of 19 years.