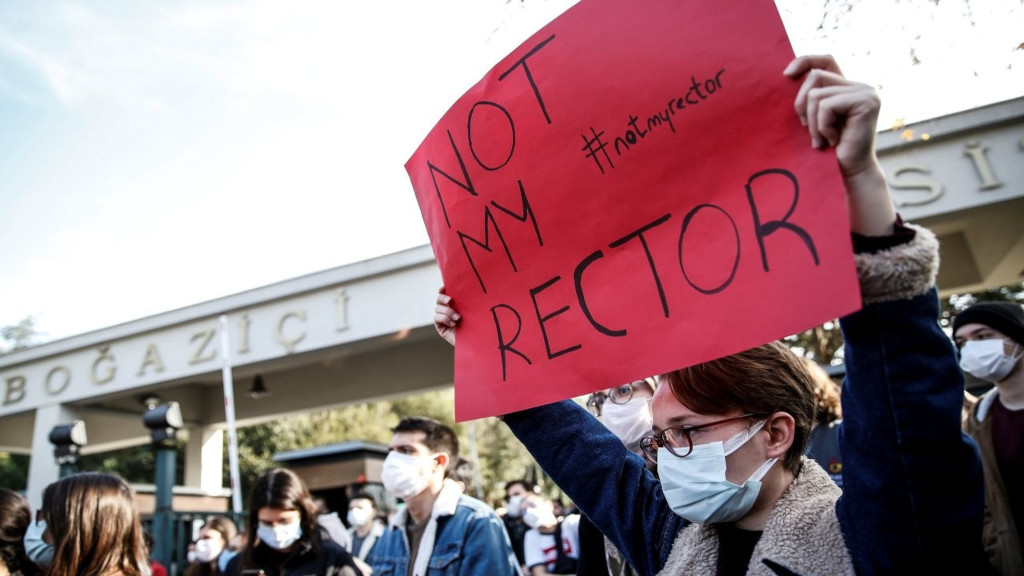 Turkey’s Higher Education Board (YÖK) on Jan.18 removed three deans at the İstanbul-based Boğaziçi University from their positions amid ongoing protests against the  appointment of government loyalists as rector, the Cumhuriyet daily reported.

The academics removed from their positions were Education Faculty Dean Yasemin Bayyurt Kerestecioğlu, Dean of Science and Letters Faculty Dean Özlem Berk Albachten and Economics and Administrative Sciences Faculty Dean Rıza Metin Ercan, who all took part in protests against rector appointments at the university.

Their replacements have not yet been announced.

Profssor Ercan told Gerçek Gündem that although there had been an investigation into him, he had continued to perform his duties as dean.

“I don’t know why such a decision was made. I recently attended a meeting of the executive board of Boğaziçi University to make decisions about the needs of our school,” he said.

“I will continue to fulfill my duties as a professor. I will be with Boğaziçi University and my students,” he added.

Oğuz Kaan Salıcı, deputy chairman of the main opposition Republican People’s Party (CHP), said on social media that the decision to remove the deans from their positions was unacceptable.

A prolonged series of protests broke out at the university after President Recep Tayyip Erdoğan appointed Melih Bulu, a founding member of the ruling Justice and Development Party’s (AKP) Sarıyer district branch and former deputy chairman of the AKP’s İstanbul provincial chapter, as rector in January 2021.

The protestors, including students and academic staff at the university, argued that the move was a part of Erdoğan’s broader effort to centralize control over universities and that it undercuts academic freedoms and democracy.

Shortly after Bulu’s dismissal with a presidential decree in July last year, Erdoğan appointed Professor İnci, a former deputy to Bulu, as the new rector, again prompting outrage among academics and students.