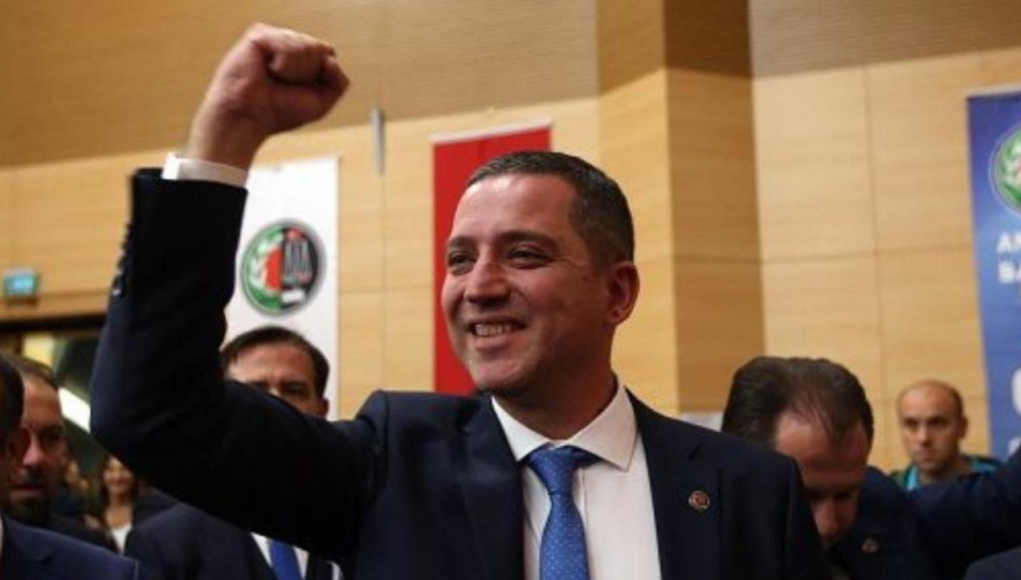 Ankara Bar Association chair Erinç Sağkan has been elected the new chairman of the Union of Turkish Bar Associations (TBB), defeating Metin Feyzioğlu, who has served as chairman since 2013.

Sağkan received the votes of 181 of the 348 delegates in the election, which was postponed last year due to the pandemic, while Feyzioğlu received 156 votes. Ten delegates did not cast a vote.

Sağkan is an outspoken critic of the Turkish government’s 2020 reform law on how bar associations operate, introducing changes to reduce the influence of the İstanbul and Ankara bar associations in favor of smaller cities, which are considered to be more government-friendly.

Lawyers opposing the reform maintained it would further undermine judicial independence and silence the few institutions speaking out against the Turkish government’s poor record on the rule of law and human rights.

Feyzioğlu has frequently been criticized for being too close to the government.

“The day that we establish the supremacy of the law so that you are able to carry out your duties free from any pressure is approaching,” Kılıçdaroğlu tweeted.

Critics accuse the government of cracking down on lawyers who are not aligned with it.

The Arrested Lawyers Initiative, an advocacy group defending lawyers’ rights, said in a statement in October that 450 lawyers in Turkey have been sentenced to 2,786 years in total on trumped-up charges of terrorism since a coup attempt in July 2016.

The statement also said more than 1,600 lawyers had been arrested and prosecuted while 615 had been remanded to pre-trial detention in the same period.

The Turkish government launched a crackdown on non-loyalist citizens in the aftermath of the failed coup following which hundreds of thousands of people have been subjected to legal proceedings on trumped-up terrorism charges under the pretext of an anti-coup fight.

UN rapporteurs said in 2020 that they “observed a pattern of persecution of lawyers representing individuals accused of terrorism.”

“The increase in cases of lawyers being threatened and prosecuted has occurred in a context where the Turkish authorities have also imposed rigorous restrictions on the right of individuals in pretrial detention accused of terrorist crimes to benefit from legal counsel and to prepare for defending themselves in court,” a Human Rights Watch statement read.

New president of Union of Turkish Bar Associations is @erincsagkan The govt project to keep their candidate in the position by skewing the delegate system in their favor, by creating 2nd bars in major cities, has resoundingly failed. HRW & ICJ explainer https://t.co/WBmFq45yaZ