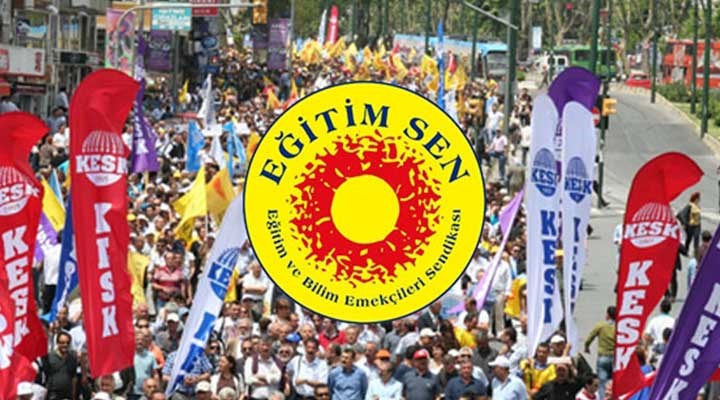 Twenty-one teachers who were detained in November 2020 as part of a terrorism investigation have been fired from their jobs based on a government decree, the Bianet news website reported on Wednesday.

The teachers had previously been detained as part of an investigation into the Democratic Society Congress (DTK), the umbrella group of the Kurdish political movement.

They were fired under a government decree numbered 375, which states that civil servants can be dismissed from service due to links to terrorist groups. Turkish authorities see the DTK as linked to the outlawed Kurdistan Workers’ Party (PKK), which is listed as a terrorist organization by Turkey, the EU and the US.

Twenty-nine people, including the 21 teachers, who are members of the left-wing Education and Science Workers’ Union (Eğitim-Sen) had been detained as part of the investigation into the DTK overseen by the Diyarbakır Chief Public Prosecutor’s Office in November 2020. Police raided the houses of the teachers and searched their personal belongings at work. The prosecutor’s office, however, later ruled that there was no need to further investigate 24 of the teachers.

Yet, the Education Ministry launched an administrative investigation into the teachers, as a result of which 21 were fired.

The teachers wanted to hold a demonstration in Diyarbakır on Wednesday evening; however, they were prevented by the police from staging the protest.

Recep Şimşek, one of the dismissed teachers who spoke to the Rudaw news website, described the government move to fire the 21 teachers from their jobs as unlawful, given the fact that no case had been launched against them.

“We have been dismissed today, our friends were dismissed yesterday and perhaps we will see others dismissed from their jobs tomorrow. We see this as part of our struggle, so don’t care about it. But they should keep in mind that this decision has no place in law,” said the former teacher.

According to Eğitim-Sen a total of 67,609 educators, including teachers and university professors, have been dismissed from their jobs for alleged membership in or relationships with “terrorist organizations” since an abortive putsch in Turkey on July 15, 2016. An additional 20,000 teachers lost their jobs after the private schools they worked for were shut down by emergency decree-laws due to similar allegations.

Following the failed coup, the Turkish government declared a state of emergency and carried out a massive purge of state institutions under the pretext of an anti-coup fight. More than 130,000 public servants, were summarily removed from their jobs for alleged membership in or relationships with “terrorist organizations” by emergency decree-laws subject to neither judicial nor parliamentary scrutiny.