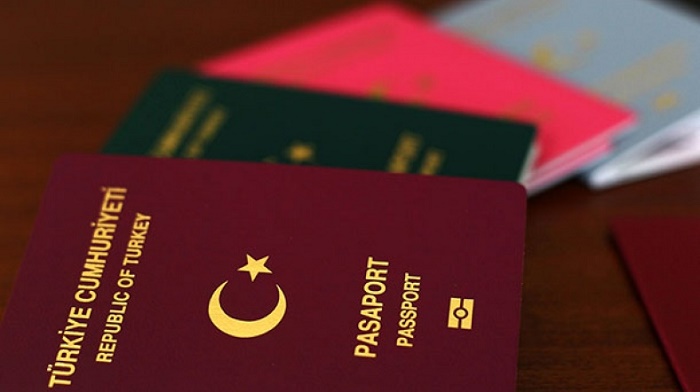 Sait Güney, one of the more than 130,000 civil servants who were removed from their jobs as part of a purge carried out following a coup attempt in Turkey on July 15, 2016, has not been allowed to obtain a passport despite a recommendation by Turkey’s chief ombudsman, Deutsche Welle Turkish service reported on Thursday.

Previously an official at the Ministry of Foreign Affairs who was dismissed in 2017 as part of a post-coup purge, Güney, who is not the subject of any administrative investigation, wanted to obtain a passport and go abroad to earn a living.

In 2020 he applied to the Ankara office of the General Directorate of Civil Registration and Nationality, operating under the Interior Ministry, requesting that they remove his passport restriction and lift his travel ban.

Although the Ankara office, which asked the Security General Directorate if there was any harm in issuing a passport to Güney, got a green light, the Foreign Affairs Ministry, which was asked whether there was an administrative investigation into Güney, hasn’t replied to the question, DW said.

He then applied to the ombudsman.

According to DW, Chief Ombudsman Şeref Malkoç, who examined Güney’s application, stated in a recommendation that he was right and that the Ankara office should take action regarding Güney’s request to obtain a passport and have his travel ban lifted.

Malkoç also noted that in the event no action is taken by the office within 30 days from the date of the notification of his recommendation, a judicial remedy will be available in the Ankara administrative court.

Following the recommendation, Güney and his lawyer Metin İriz applied to the Ankara office once again to obtain a passport, but the officials refused to take any action, telling them that they have to wait for the ministry to send a reply to their question of whether Güney was a subject of any administrative investigation.

İriz told DW that they would apply to the ombudsman once again, asking them to issue another decision requesting that the relevant institutions carry out their initial recommendation, in addition to filing a lawsuit at an administrative court.

“Whatever decision is issued by the judiciary and other institutions in Turkey, the bureaucracy does things its own way, and this is the latest example of it,” the lawyer said.

When asked why the bureaucracy refuses to implement such decisions, İriz said: “We’ve been seeing that the Interior Ministry has been engaged such unlawful decision-making for a while now. The civil servants there don’t want to take responsibility. … However, the Ombudsman is a constitutional body. The Interior Ministry circular somehow trumps the constitution [in this situation].”

The Ombudsman of the Republic of Turkey was established in 2012 under Law No.6328 as a constitutional public entity affiliated with the Turkish Parliament.

Following a coup attempt on July 15, 2016, the Turkish government declared a state of emergency and carried out a massive purge of state institutions, summarily dismissing more than 150,000 public servants including academics, teachers, military personnel, diplomats and police officers with emergency decree-laws subject to neither judicial nor parliamentary scrutiny.