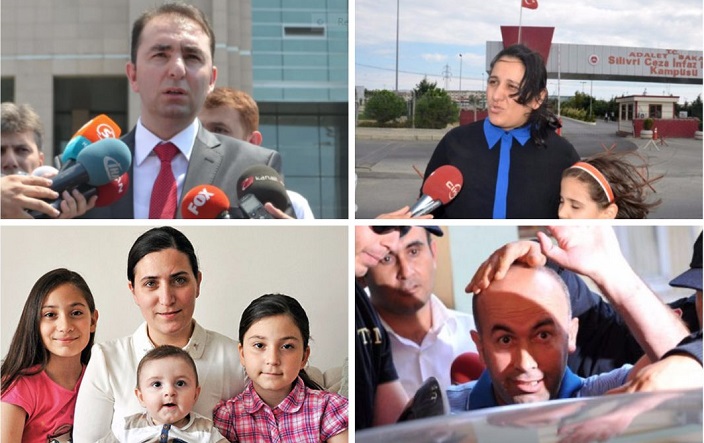 Family members of former police chiefs who led corruption operations in 2013 that implicated then-prime minister and current President Recep Tayyip Erdoğan, his family members and his inner circle who are eligible for parole have been arbitrarily denied release, local media reported on Tuesday, citing an attorney.

Bulduk stated that 12 family members of the former police chiefs involved in the 2013 corruption probes who were detained in 2017 and sentenced by an İstanbul court to six years, three months in prison in 2019 on terrorism charges hadn’t been released because their sentences had been overturned by the Supreme Court of Appeals.

“The unlawful sentences handed down to my clients … who have been in jail for four years, were overturned by the Supreme Court of Appeals. However, our requests for release were denied although [they were eligible for parole]. Does a person feel sad because his or her prison sentence was overturned? They do!” Bulduk said in a tweet.

According to the Turkish Penal Code, people convicted of membership in a terrorist organization are eligible for parole after serving two-thirds of their sentence.

The December 17-25 bribery and corruption investigations in connection with state-owned Halkbank shook the country back in 2013. The probe implicated, among others, the family members of four cabinet ministers as well as the children of then-Prime Minister Erdoğan.

Despite the scandal resulting in the resignation of the cabinet members, the investigation was dropped after prosecutors and police chiefs were removed from the case. Erdoğan, officials of the ruling Justice and Development Party (AKP) and the pro-government media have described the investigation as an attempt to overthrow the government.

Some of the claims that were part of the corruption investigations were later substantiated in New York federal court where Turkish banker Mehmet Hakan Atilla was sentenced to 32 months for conspiring to violate US sanctions on Iran and other offenses.

Erdoğan intensified the crackdown on the movement following a coup attempt on July 15, 2016 that he accused Gülen of masterminding. Gülen and the movement strongly deny involvement in the abortive putsch or any terrorist activity.

The Turkish government removed more than 130,000 civil servants from their jobs on alleged Gülen links following the coup attempt. In addition to the thousands who were jailed, scores of other Gülen movement followers had to flee Turkey to avoid the government crackdown.