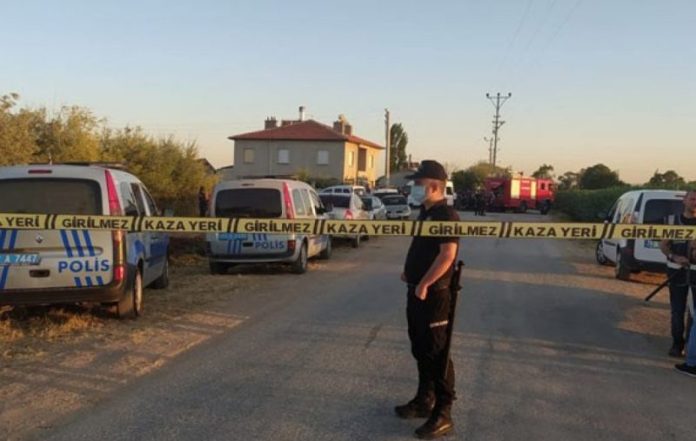 The Human Rights Association (İHD) and the Turkey Human Rights Foundation (TİHV) on Saturday condemned what they described as a horrifying racist attack against a Kurdish family in Konya that led to the death of seven people, the Stockholm Center for Freedom reported.

According to the statement, despite a racist attack on May 12 by a group of 50 to 60 people and a subsequent protection order, the Dedeoğlu family was not protected and the massacre took place.

“Although the perpetrator(s) have not yet been identified, the rhetoric used against the Dedeoğlu family in the previous attack strengthens the view that this was a racist attack,” the rights organizations said.

Seven members of the Dedeoğlu family were killed Friday by assailants who tried to burn their house down. Some members of the family had been seriously injured in another attack in May by neighbors who warned them that they “will not let Kurds live here” in Konya.

One of the family members had complained in mid-July that the police and judges had been partial to the May attackers, who were freed, and said the family feared for their lives.

According to the rights organizations discriminatory and polarizing rhetoric of the Turkish government is responsible for the increase in violence. “The hate language that is being promoted especially against the HDP [pro-Kurdish rights Peoples’ Democratic Party] makes those parts of society that are marginalized due to their beliefs, gender, sexual orientation or political inclinations, first and foremost the Kurds, susceptible to attacks,” the statement said.

Jailed former co-chair of the HDP Selahattin Demirtaş also held the government’s discriminatory policies and its rhetoric targeting various segments of society responsible for the attack. Demirtaş’s message was shared from his Twitter account.

The İHD and TİHV called on the government to end its discriminatory discourse and policies, marked by hate speech; to conduct an impartial and transparent investigation into the attack; and to protect individuals and groups that may be targeted in hate crimes.

Hate crimes against Kurds have increased in Turkey in the recent past. In July, a group of seasonal workers were attacked in Afyon province and a Kurdish family was attacked in Konya.

Last October a Kurdish seasonal farm worker, Şirin Tosun, 19, was shot dead in Sakarya for speaking to his friends in Kurdish.

Sixteen Kurdish seasonal farm laborers were attacked on September 4, 2020 by a farm owner and a group of villagers in Turkey’s northwestern province of Sakarya in an incident that appears to have been caused by anti-Kurdish sentiment.

In another hate crime father and son Kadir Sakçı, 43, and Burhan Sakçı, 16, were attacked by a mob, again in Sakarya, for speaking in Kurdish to each other. Kadir Sakçı died as a result of his injuries, and Burhan was hospitalized for an extended period of time.