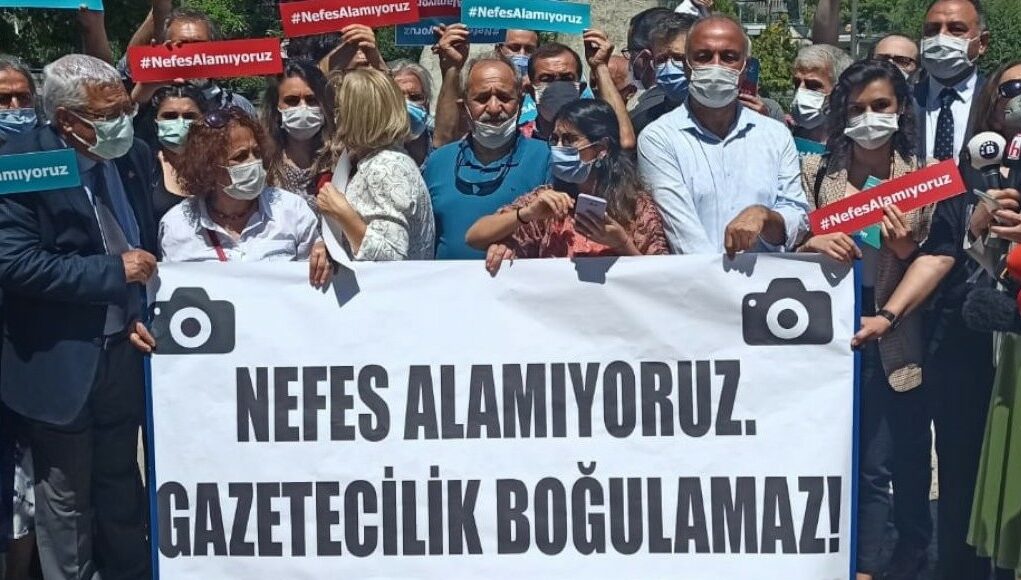 Representatives from 14 press organizations gathered in the capital city of Ankara on Tuesday to condemn the increasing police violence against journalists in Turkey, a country that already suffers from a poor record of freedom of the press.

The brutal detention of AFP photojournalist Bülent Kılıç during the İstanbul Pride march on Saturday led outrage in the country.

Kılıç, an award-winning photojournalist, was taken into custody and released three hours later after his initial statement was taken at the police station.

Officers hit Kılıç in the face with his camera and threw the camera on the ground, breaking it, and then pinned him down by kneeling on his neck and back, according to an interview the journalist gave to the local independent Anka News Agency.

The statement by the press organizations condemned the brutal detention of Kılıç, saying the journalist, who was unable to breathe under the legs of the police officers, barely survived the police’s aggressive behavior.

“Through such unlawful acts, the security forces are preventing the public from exercising its right to access information. It is not only about our colleague, who they left unable to breathe, but also about the public’s right to information,” said the group, adding that the aim of the increasing police violence against journalists in Turkey is to intimidate them and prevent them from doing their job.

“We are saying it loudly once again that they will not achieve their goals,” the group said.

Press freedom activists also gathered in Ankara and İzmir on Tuesday to protest Kılıç’s treatment, according to a Twitter thread started by the Journalists Union of Turkey, which said the groups were using the hashtag #nefesalamıyoruz (“we can’t breathe”) to organize.

Turkish journalists are often targeted and jailed for their professional activities. Turkey is one of the world’s biggest jailers of journalists and ranked 153rd among 180 countries in terms of press freedom, according to Reporters Without Borders (RSF).

According to the Stockholm Center for Freedom’s “Jailed and Wanted Journalists in Turkey” database, 172 journalists are behind bars in Turkey and 167 are wanted and either in exile or at large.