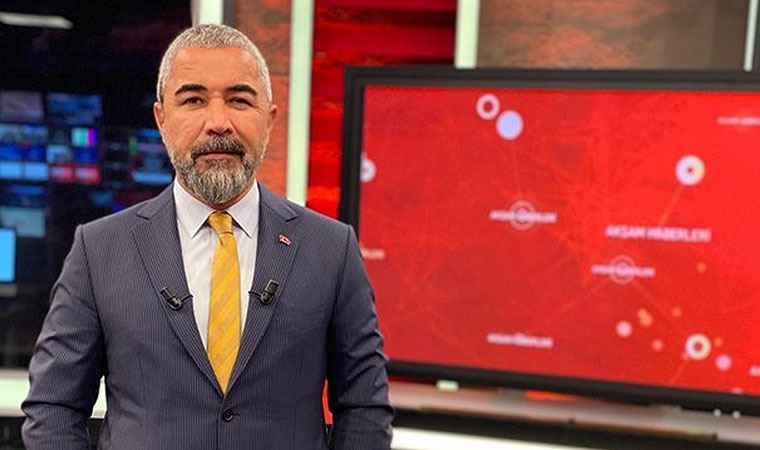 A journalist known for his close links to the ruling Justice and Development Party (AKP) has denied allegations that he demanded €10 million from Sezgin Baran Korkmaz, a businessman who fled Turkey in late 2020 due to money laundering charges, to get the government to drop the case, local media reported on Friday.

The allegations were first voiced by Sedat Peker, the head of one of Turkey’s most powerful mafia groups, who said in a YouTube video posted on June 6 that journalist Veyis Ateş had served as a mediator between Kormaz and the Turkish government to clear the money laundering charges against the businessman.

Habertürk daily columnists Fatih Altaylı and Sevilay Yılman then revealed that Korkmaz contacted both of them separately and confirmed Peker’s claims, adding that Ateş demanded €10 million to change the situation in the businessman’s favor.

Ateş, who recently resigned from his position as prime time newscaster at the pro-government Habertürk TV, late on Friday answered journalist İsmail Saymaz’s questions on Halk TV, denying the claims against him.

Korkmaz, who participated in Friday’s program via a live phone-in, reiterated the claims against the journalist, adding that he refused to give Ateş €10 million so that he would convince some elements of the government to drop the charges against him.

“He’s lying to my face right now. He needs to explain who he wanted the money for,” Korkmaz said.

Saymaz also stated that he listened to the recording of a phone call between Ateş and Korkmaz and that he heard the journalist saying, “They want the amount I told you before.”

Ateş continued to deny the claims, challenging Korkmaz to come back to Turkey and file a criminal complaint against him.

Korkmaz was business partners with Jacob and Isaiah Kingson, the executives of a Salt Lake City biodiesel company who pleaded guilty in US federal court to a $511 million tax credit scheme in March 2020.

Turkish prosecutors in December had issued a detention warrant for Korkmaz, the CEO of SBK Holding, following a joint probe by Turkey’s financial crimes unit and tax auditing authorities into an alleged $132 million money-laundering scheme in Turkey. A Turkish court issued an arrest warrant for Korkmaz in May.

Peker late on Friday posted a series of tweets, claiming that Ateş was able to stay calm in the face of the allegations against him and the recording Korkmaz has because he has close links to Turkish Interior Minister Süleyman Soylu.

Once a staunch supporter of Turkish President Recep Tayyip Erdoğan, Peker has since early May been setting the country’s political agenda through videos he posts on YouTube. Having fled to Dubai, the mafia boss has been making shocking revelations about state-mafia relations, drug trafficking and murders implicating state officials and their family members.