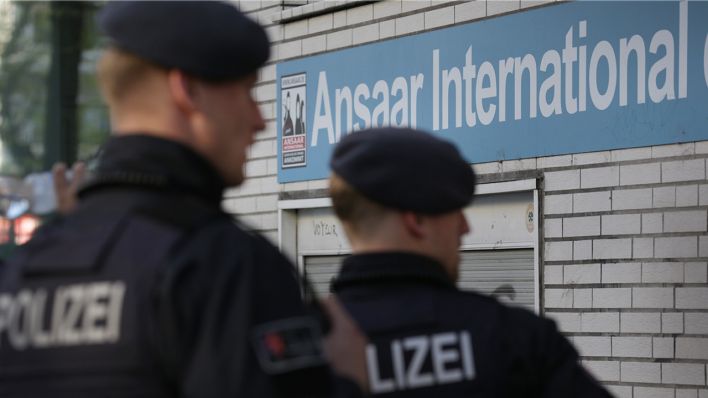 Germany has banned an international Islamist association operating an education center and a refugee aid scheme in Turkey in cooperation with a foundation backed by the Turkish government on suspicion of financing extremist militant groups such as the Palestinian Hamas and al-Shabab in Somalia.

German Interior Minister Horst Seehofer announced on Wednesday that the government has banned the Islamist organization Ansaar International and several of its sub-organizations.

“The network finances terrorism worldwide with donations,” Seehofer’s spokesman Steve Alter tweeted on Wednesday. Alter quoted Seehofer as saying, “If you want to fight terror, you have to dry up its sources of money.”

The IHH’s German offshoot was banned in the country in 2010. Ansaar International and the IHH worked together in a joint action to send medical supplies to Syrian refugees in 2016. IHH was the target of a terrorism investigation in Turkey in 2014 over alleged links to al-Qaeda before the government of Turkish President Recep Tayyip Erdoğan reassigned prosecutors overseeing the probe, obstructing the judicial process.

The German-based Ansaar International stands accused of sending funds to terrorist groups abroad including the Al-Nusra Front in Syria, the Palestinian Hamas (which is on a European Union terrorism blacklist) and Al-Shabab in Somalia.

According to the German Interior Ministry, the group uses the money donated to fund projects that could be counted as “directly within the sphere of activity of one or another of these terrorist organizations.”

German newspaper die Zeit reported on its website that the so-called sub-organizations were formally independent but were in fact a network financially dependent on one another, “serving the sole purpose of disguising the flow of money” under the control of the chairman of Ansaar International.

Ansaar and an affiliated organization “spread a Salafist world view and finance terror around the world under the guise of humanitarian aid,” Seehofer said.

Children from Germany would be sent to institutions set up by Ansaar International abroad “in order to internalize Salafist extremist content there and carry it back to Germany,” he added.

Germany’s domestic intelligence said in its annual report last year that the country’s number of Salafists had increased to an all-time high of 12,150 in 2019, listing them among “Islamist extremists.”

According to the report, the number of Salafists had more than tripled since 2011 and the Salafist scene in Germany was going through a “consolidation stage,” with followers keeping a low public profile.

A secret report on Dutch national security that was leaked in February has revealed concerns among the authorities about the influence of what it calls a conscious Islamization strategy pursued by Turkish President Erdoğan for Dutch people of Turkish descent, noting that it could compromise the security of the Netherlands by giving rise to Salafism/jihadism.

According to the report acquired by Dutch monthly news magazine HP/De Tijd, the National Coordinator for Security and Counterterrorism, a Dutch security body, writes that President Erdoğan is implementing a conscious Islamization strategy that is having an influence in the Netherlands.

Erdoğan would give space to Salafist, sometimes jihadist, organizations with ties to Turkish-Dutch institutions, which could affect Dutch security, the service believes.

According to the Dutch media, the leaked document points to a possible link between the “anti-Western rhetoric” of the Turkish president and the terrorist attack on a tram in the city of Utrecht in the Netherlands in 2019 that killed four people. A day before the attack in Utrecht, Erdoğan had spoken about attacks on mosques in Christchurch, New Zealand, placing it “in a context of war between Muslims and Christians,” HP cited the document as saying.

The document, titled “The development of Salafism among Turks – the influence in the Netherlands,” states that the Turkish community is “vulnerable to influence from Turkey.” The connections with Turkey are strong, and many Turkish Dutch vote for Erdoğan in elections back home. They are also associated with foundations that are in contact with the Turkish government.