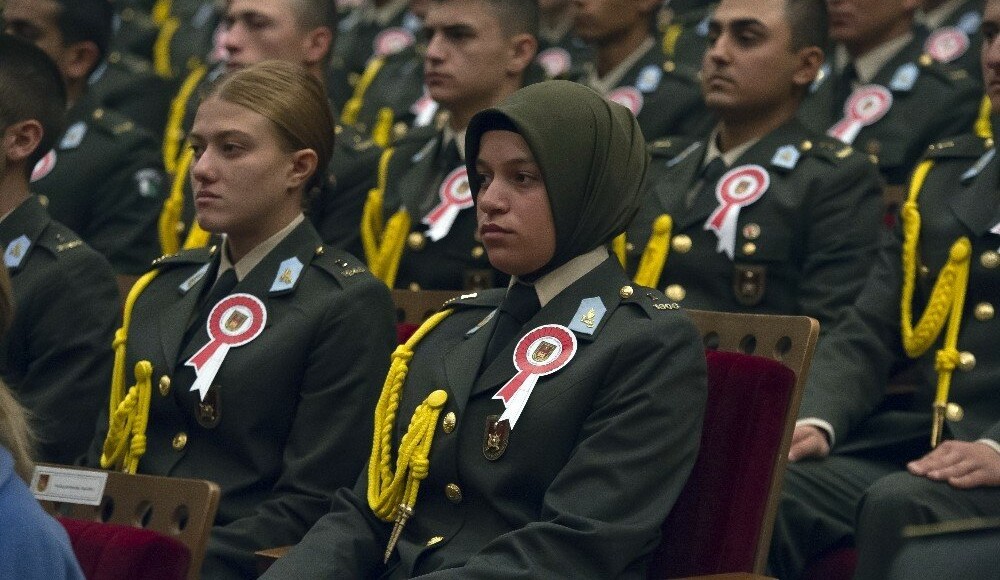 Turkey’s top administrative court, the Council of State, has rejected an application seeking the reinstatement of a headscarf ban in the Turkish Armed Forces (TSK), saying that the freedom to wear Islamic attire in the military does not violate the principle of secularism, Turkish media outlets reported on Thursday.

In a landmark move in February 2017, the Turkish Defense Ministry amended the TSK dress code to allow headscarf freedom for female cadets and officers. The amendment went into force without being published in the Official Gazette.

In the past, even headscarf-wearing family members of TSK officers were not allowed to attend ceremonies or events at military facilities or guesthouses and were required to remove their headscarves to be able to enter the premises.

The People’s Liberation Party (HKP), a left-wing populist and anti-imperialist political party in Turkey, took the amendment to the Council of State, claiming that headscarf freedom in the TSK would lead to a division between those who wear headscarves and those who do not and would violate secularism, and that amendments cannot be based on religion.

The ministry said in its defense statement to the top court that the amendment made in the TSK’s dress code does not concern the public but only TSK personnel; hence, the HKP had no standing to file a case demanding its annulment.

Three members of the Council of State’s 2nd Chamber, which reviewed the HKP’s application, voted in favor of headscarf freedom in the TSK while two of them voted against it.

The HKP has been informed of the court’s decision. The party will be able to challenge the ruling with the court’s highest organ, the Plenary Session of the Administrative Law Chamber (İDDK). The party’s lawyers announced that they will go to the İDDK seeking the annulment of the amendment in the TSK dress code enabling the freedom to wear headscarves in the Turkish military.

Since the establishment of the Republic of Turkey in 1923, a strict version of secularism had been in place, and wearing headscarves in public institutions was banned in the 1980s.

The AKP government abolished a ban on the wearing of headscarves at Turkish universities in 2010, while the same ban was abolished for civil servants in 2017.

According to Turkey’s secular circles, the headscarf is a symbol of religious conservatism, and they accuse President Recep Tayyip Erdoğan of abusing the headscarf ban to polarize society and consolidate its conservative grass roots.