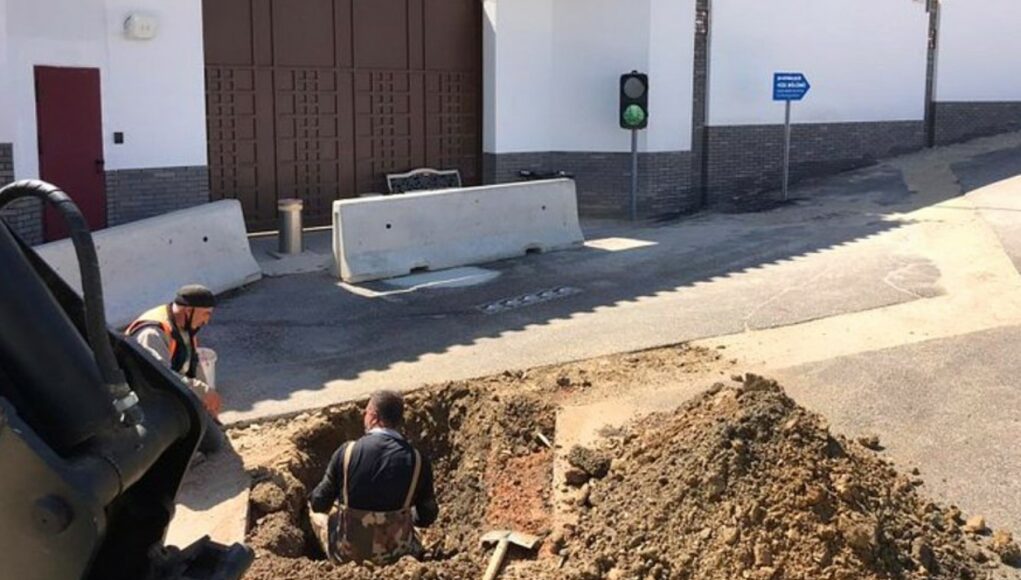 Turkey’s nationalist opposition has responded to a belligerent attitude from Beijing with workers from the Ankara Metropolitan Municipality digging a giant hole outside the Chinese Embassy in Ankara after the ambassador threatened the city’s mayor and an opposition leader with action over their tweets commemorating the victims of China’s violent crackdown on Uyghurs.

However, aggressive comments made by China’s ambassador to Turkey targeting opposition politicians have backfired.

On Monday Meral Akşener, head of the opposition İYİ (Good) Party, and Mansur Yavaş, Ankara’s mayor, posted tweets referring to the killing of Uyghurs by Chinese forces during an uprising in 1990.

Earlier Tuesday, the Chinese Embassy tagged Akşener and Yavaş in tweets in which it defended Beijing’s policies and said, “The Chinese side reserves its right to a proper response.”

“The Chinese side resolutely opposes and strongly condemns any challenge by any person or power to China’s sovereignty and territorial integrity,” the embassy said. Shortly after the tweets, widely interpreted as a threat against the two politicians, the Turkish Foreign Ministry summoned the ambassador to convey Ankara’s displeasure.

Both Yavaş and Akşener responded harshly to the Chinese envoy, saying they won’t back down against threats.

However, a giant pit that appeared at the gate to the Chinese Embassy on Wednesday showed that words would not suffice for the Ankara mayor to push back against Beijing’s combative diplomacy.

“We thank all for their understanding about the disturbance we are causing with the work outside the Chinese Embassy in order to detect leaks paid for by Ankara residents at a time when we have a water shortage,” Cüneyt Öztürk, deputy director of the Ankara Water and Sewer Administration (ASKİ), said.

A growing number of Chinese ambassadors are adopting a jingoist tone in their speeches and tweets to hit back at criticism against Beijing.

Chinese authorities have been defending the comments made by envoys as a necessary response to counter what they call “foreign smears” and to protect “national interests.”