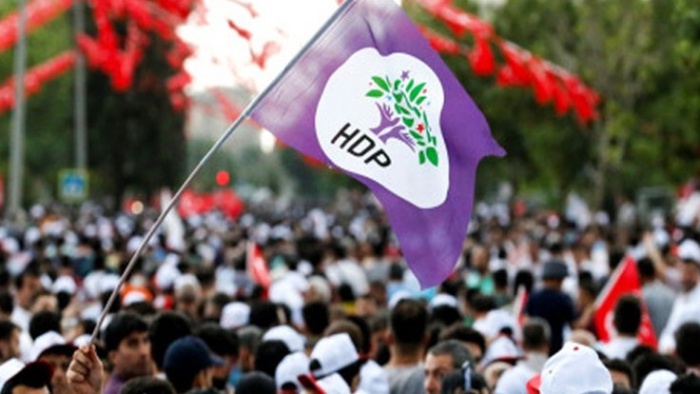 Turkey’s Constitutional Court on Wednesday returned an indictment seeking closure of a pro-Kurdish party to the chief public prosecutor’s office at the top appeals court for review on the grounds that there were deficiencies in the indictment, the state-run Anadolu news agency reported.

The Constitutional Court will review the indictment and decide to accept it or not once the Chief Public Prosecutor’s Office at the Supreme Court of Appeals eliminates the deficiencies in the indictment and re-submits it to the top court.

The top public prosecutor in Ankara on March 17 demanded that the leftist opposition Peoples’ Democratic Party (HDP) be dissolved over its alleged links to the outlawed Kurdistan Workers’ Party (PKK).

The 609-page indictment put before the Constitutional Court accuses the HDP of being a threat to the “indivisible integrity of the state” and seeks to ban more than 600 party members from engaging in politics for five years.

Turkish President Recep Tayyip Erdoğan and his ruling Justice and Development Party (AKP) have long portrayed the HDP as the political front of the PKK. The party denies links to PKK and says it is working to achieve a peaceful solution to Turkey’s Kurdish problem and is only coming under attack because of its strong opposition to Erdoğan’s 18-year rule.

Turkey’s attempt to dissolve the HDP has drawn condemnation from Western allies and protests from human rights groups.

The European Union and Washington support Ankara’s designation of the PKK as terrorists.