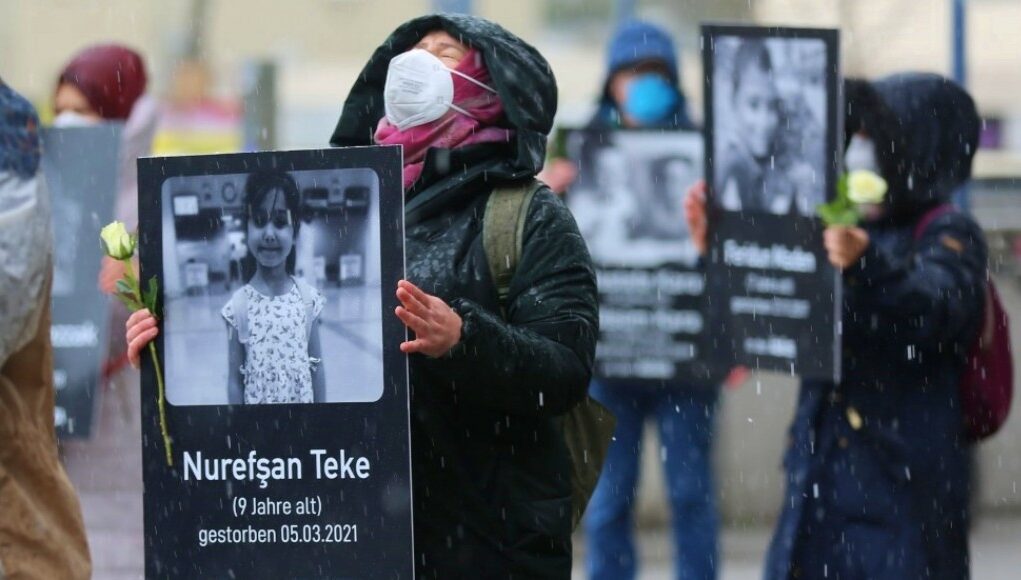 A silent march was held in the German city of Offenbach am Main on Saturday in memory of Nurefşan Teke, a 9-year-old girl who drowned on March 5 while trying to cross the Evros River with her mother to reunite with her father, who had to flee Turkey five years ago due to an ongoing government crackdown on alleged members of the Gülen movement, the Bold Medya reported.

Teke was the latest victim of gross human rights violations of non-loyalist citizens in Turkey, followers of the Gülen movement in particular, accused by the government of masterminding a failed coup in 2016. The movement strongly denies any involvement in the abortive putsch.

The people taking part in the march, carrying photos of Nurefşan and others who perished as they were trying to flee the crackdown in Turkey, called on the international community and the EU to raise their voices to stop the deaths of children in the Evros River and the Aegean Sea.

Among the participants were exiled Turkish journalists Cevheri Güven from Turkish Minute and Sevinç Özarslan from Bold Medya.

Thousands of people have fled Turkey since the coup attempt in July 2016 due to a massive witch-hunt carried out by the Turkish government against alleged members of the Gülen movement, inspired by US-based Turkish Muslim cleric Fethullah Gülen. Many have tried to illegally flee Turkey as the government had canceled the passports of thousands of people.

Nurefşan’s father had been living in Africa for five years due to an investigation launched into him on alleged Gülen links. Nurefşan and her mother, Neslihan, visited him three years ago. Upon their return to Turkey, their passports were revoked although there was no legal case against the mother. Nurefşan and Neslihan Teke decided to leave Turkey illegally because they were unable to get their passports reinstated.

“The tragedy experienced by the Teke family is only one of the many heartbreaking examples of the hundreds of thousands of rights violations that have taken place in Turkey over the past years. There is a new case of torture, maltreatment or enforced disappearance every day,” said the activists in a press statement made during the event.

“The biggest victims, however, are children. We are calling on the international community and the officials of the European Union to stop the deaths of children in the Evros River and the Aegean Sea. We all know that condemning the Turkish government after every tragedy with statements, very similar to each other, is no longer sufficient. We ask EU leaders to take more concrete steps to urge the Turkish government to return to law and democracy,” said the protestors. 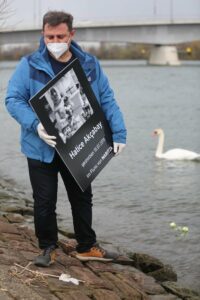 In the meantime, Murat Akçabay, a Turkish teacher who lost his 36-year-old wife Hatice Akçabay and three sons, 7-year-old Ahmet Esat, 5-year-old Mesut and 1-year-old Aras, after a boat carrying several Turkish asylum seekers capsized in the Evros River in July 2018 while fleeing the crackdown in Turkey, left white roses in the Main River in memory of his loved ones.