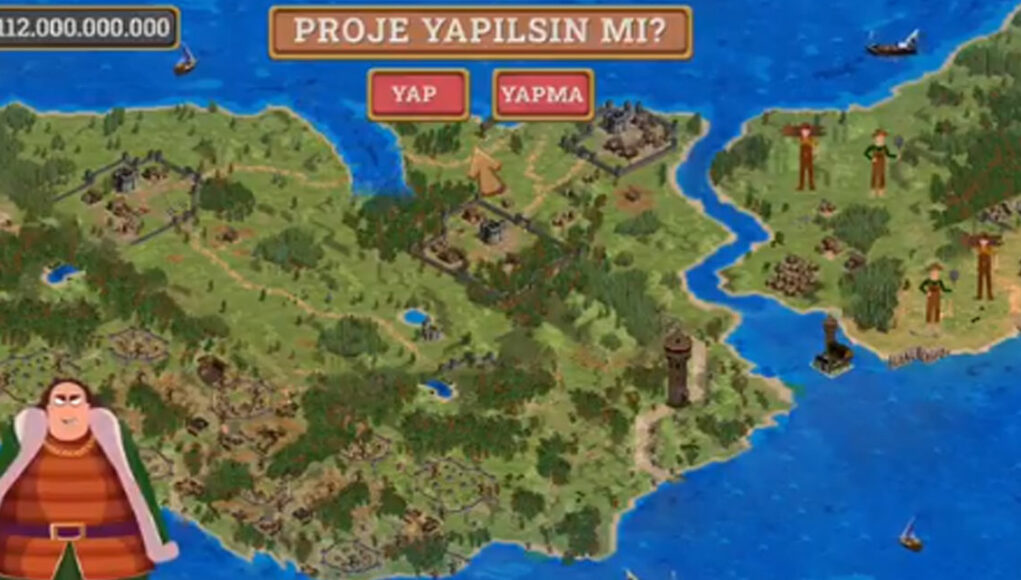 The İstanbul Metropolitan Municipality (İBB), which has been an outspoken critic of the controversial Kanal İstanbul — a proposed artificial waterway in İstanbul — on financial and environmental grounds, has released a video game that warns against construction of the canal, local media reported on Friday.

The video posted on Twitter on Friday by İBB spokesperson Murat Ongun explains the damage that could be caused by Kanal İstanbul, which is planned to bisect the European side of İstanbul to connect the Black Sea to the Marmara and Mediterranean seas.

The game, which asks “Do you want to construct [Kanal İstanbul]?” offers two answers: “Do it” and “Don’t do it.” Every time the “Do it” button is pushed, the canal is seen being gradually constructed with possible damage explained in the lower-right corner under “Warning.”

The video ends with the words: “One can recover from a mistake in video games. How about in real life?”

Kanal İstanbul, which President Recep Tayyip Erdoğan dubbed his “crazy project,” is scheduled to be completed by 2023, despite widespread public opposition to its construction due to environmental and financial concerns.

Erdoğan and his Justice and Development Party (AKP) government claim the channel is necessary for the safety of İstanbul’s Bosporus Strait, which sees busy marine traffic; however, opponents of the project say it is aimed at generating money for pro-AKP circles.

Erdoğan said earlier this week that the government would build Kanal İstanbul “despite” the critics, who argue that the project would destroy nature and could even worsen the earthquake risk in the city of more than 15 million people.