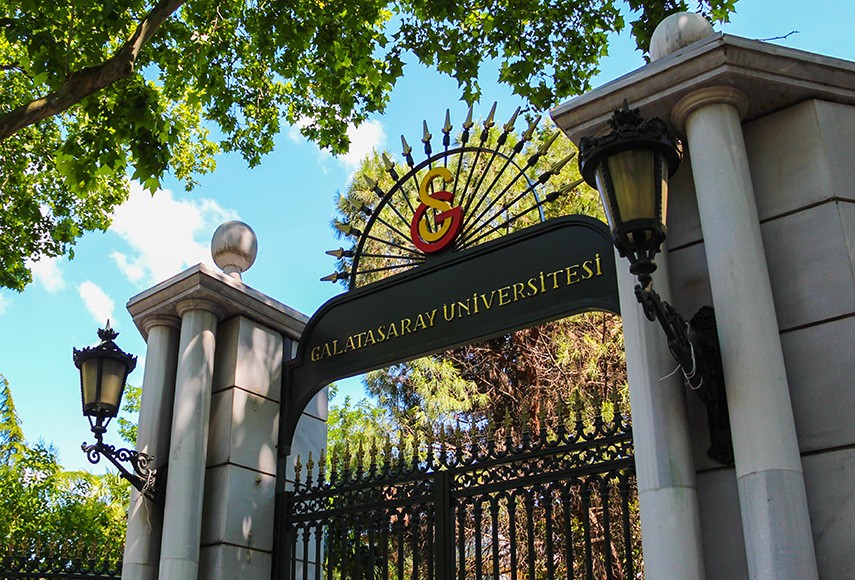 More than a dozen French professors at a top Turkish university face the threat of expulsion after being denied work permits while a diplomatic feud rages between Paris and Ankara, Agence France-Presse reported.

Six of the instructors at İstanbul’s prestigious Galatasaray University told AFP they feel like they’ve been caught in the crosshairs of an occasionally personal war of words between Turkish President Recep Tayyip Erdoğan and France’s Emmanuel Macron.

The two leaders have had a tempestuous relationship, fighting over everything from Turkey’s muscular foreign policies in Syria, Libya and the eastern Mediterranean to France’s treatment of its large Muslim community.

The teachers’ plight carries additional diplomatic overtones because the university, perched on a scenic spot overlooking the Bosporus, was founded in 1992 by agreement between then-French president Francois Mitterrand and Turkey’s Turgut Özal.

With 5,000 students it was meant to be the “flagship of Franco-Turkish cooperation.” Instead, it has turned into a painful symbol of animosity between two NATO allies and leaders with very different perspectives on the world.

It all began in September, when exchanges between Macron and Erdoğan were getting especially heated over Turkey’s push into eastern Mediterranean waters claimed by Cyprus and Greece.

While awaiting the annual renewal of their work permits, the French instructors were asked — without explanation — to take a Turkish language proficiency test.

Seeing it as a mere formality, most complied.

But in December, they learned that only six instructors who reached the advanced B2 level would be allowed to stay, leaving about 15 others in limbo.

The new requirement from the Higher Education Council (YÖK) appeared to come in response to France’s decision to impose a similar requirement on teachers and imams from several countries, including Turkey.

But unlike Turkey’s rule, the French one had clear deadlines and explanatory documents.

One of the professors described feeling “ambushed.”

“Requiring a certain level of Turkish — why not? But here, everything was done completely arbitrarily and very suddenly,” said the professor, who like others agreed to speak to AFP on condition of anonymity.

While they could have taken an exam at one of İstanbul’s numerous language training centers, the rules required the certificates to be issued only by the Turkish government’s Yunus Emre Institute.

There was only one problem: The institute was not organizing tests because of the coronavirus pandemic.

In the meantime, the instructors’ legal status remains hazy.

“I go out as little as possible to avoid police checks,” one teacher said. “I feel like I’m under house arrest.”

The instructors now conduct lessons by remote learning as most of Turkey’s schools have been closed because of the virus.

“But how will we do it when the classrooms reopen? Will we be allowed into the university?”

Instructors who arrived this year are facing even bigger problems. Without a work permit they cannot do basics such as open a bank account or take public transport, since passes require a personal ID number.

Attempts to resolve the dispute seem to be going nowhere.

French Ambassador Herve Magro told the teachers after meeting YÖK president Yekta Saraç that the situation was “blocked,” according to one of the instructors.

Saraç, for his part, told the Habertürk newspaper last week that “we will do what is necessary the day France changes its attitude” toward Turkish teachers in France.

The Turkish education ministry last month suggested it would test all foreign teachers’ Turkish language skills, “starting with the French.”

As the impasse drags on, the French instructors are finding support from their Turkish colleagues and students, who are upset at what they see as the government’s growing interference in campus life.

Students and professors at nearby Boğaziçi University have been staging daily protests since the start of the year against Erdoğan’s appointment of a loyalist as its rector.

In a gesture of unity French and Turkish professors are due to read a joint statement in front of Galatasaray University on Tuesday.