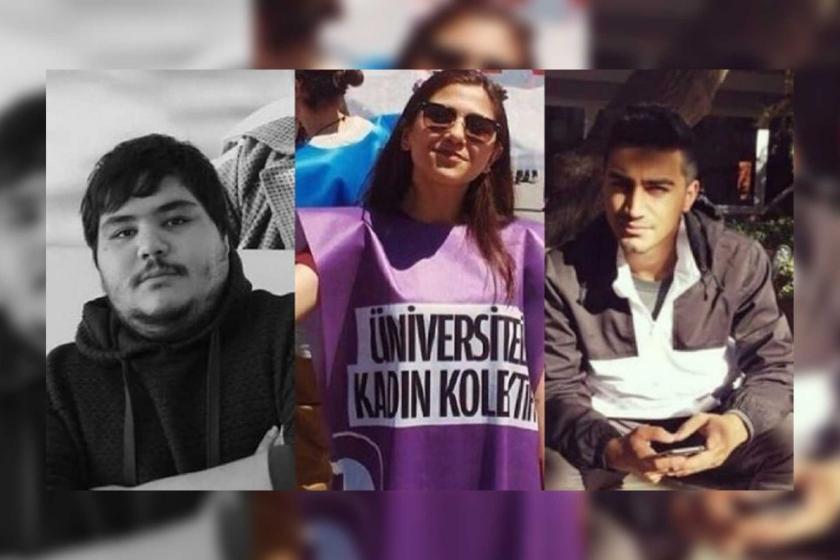 Ankara police have been accused of abducting three university students today and abandoning them in distant parts of the city after threatening and beating them for a couple of hours, the Stockolm Center for Freedom reported.

According to Turkish media, Ali Berke Ayduğan, Uğurcan Baynal and Sena Bademli, members of a leftist group called “Ankara University Solidarity,” were stopped by the police in different parts of the city for a criminal record check known as a GBT. They were then put into civilian cars.

In a tweet, the Ankara branch of the Workers’ Party of Turkey (TİP) claimed that Ayduğan, who is also a TİP executive, was tortured in the car and abandoned in the Gölbaşı district.

Speaking to the Gazete Duvar news website his lawyer Eren Gönen said Ayduğan was threatened and beaten inside the car.

“They told him: ‘You attract too much attention, we will kill you. Don’t attract so much attention’,” Gönen said. “They punched and kicked him, then threw from the car while it was in motion.”

Gönen said they would file a complaint after getting a medical report.

According to the Sendika news website, a second student, Uğurcan Baynal, faced similar threats. “We don’t want to see you in demonstrations again. We will detain everyone,” the police officers allegedly told him.

In response to inquiries from the students’ lawyers, the Ankara Police Department said they were not detained, the Evrensel daily reported.

In a statement, the Human Rights Association (İHD) requested an investigation into the incident. “Today, three university students were detained in Ankara, but there is no official record regarding their case. … This lawlessness must come to an end.” the statement said.

Mafia boss refutes reports of his capture by Turkish intelligence