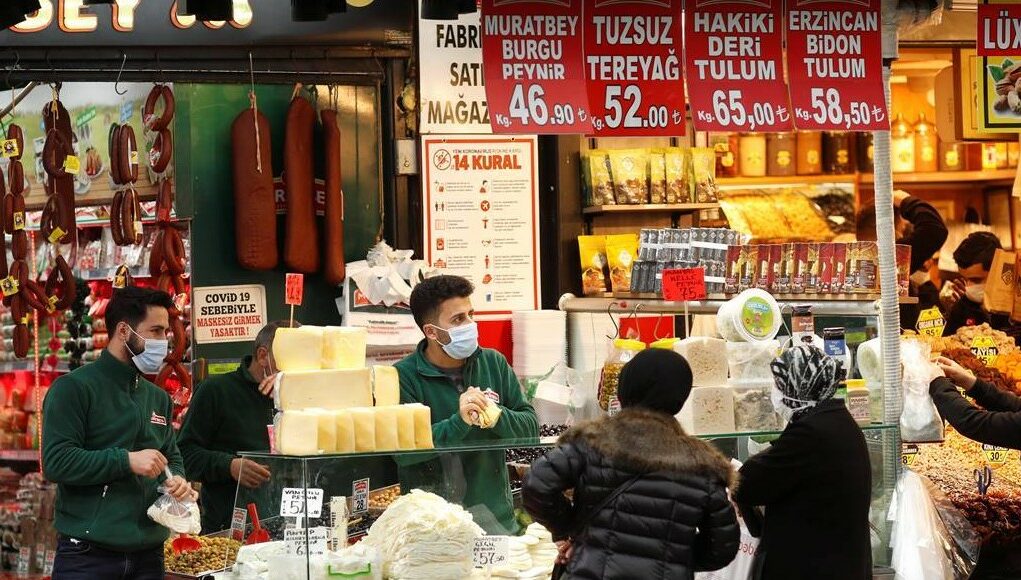 Turkish President Recep Tayyip Erdoğan holds the country’s shopkeepers responsible for the country’s constantly increasing food prices, warning that they may face penalties if the prices continue to soar, according to Turkish media reports.

“I am appealing to shopkeepers. If you continue this process [of increased prices], you may face heavy penalties. Please do your job fairly, don’t persecute our people,” Erdoğan told reporters following Friday prayers in İstanbul.

According to December data from the Turkish Statistical Institute (TürkStat), Turkey’s annual inflation stood at 14.03 percent in November, its highest since August 2019 on the back of the Turkish lira’s depreciation.

Inflation had hovered near 12 percent since the beginning of 2020 despite a sharp economic downturn in the second quarter due to measures to combat the initial coronavirus spread.

The depreciation of the Turkish currency, now down around 25 percent since the beginning of 2020, raises prices through imports in hard currencies and has kept inflation near 12 percent all year.

While Erdoğan’s government maintains that the prices could be reined in through sanctions, producers believe the inflationary trend is caused by the government’s import-based policies and its declining support for domestic farmers. Turkey’s food exports correspond to 57.8 percent of its food imports, which means that the country is overall an importer of food.

Recent surveys show financial problems as the most important concern of the people in Turkey who are having difficulties meeting the costs of their basic needs due to the depreciation of the Turkish lira and rising inflation.

A Metropoll survey last month showed 80 percent of respondents believe inflation is higher than the official numbers. A separate survey by the Deep Poverty Network showed more than half of respondents in İstanbul relied on food handouts from the municipality.

In the meantime, amid growing discontent among people in Turkey concerning the rising food prices, in cooperation with agricultural cooperatives, an online shop owned by the Post and Telegraph Directorate of Turkey (PTT) will sell basic food items such as sunflower seed oil, a staple in most Turkish kitchens, which has seen a price surge of 40 percent over the past few months.