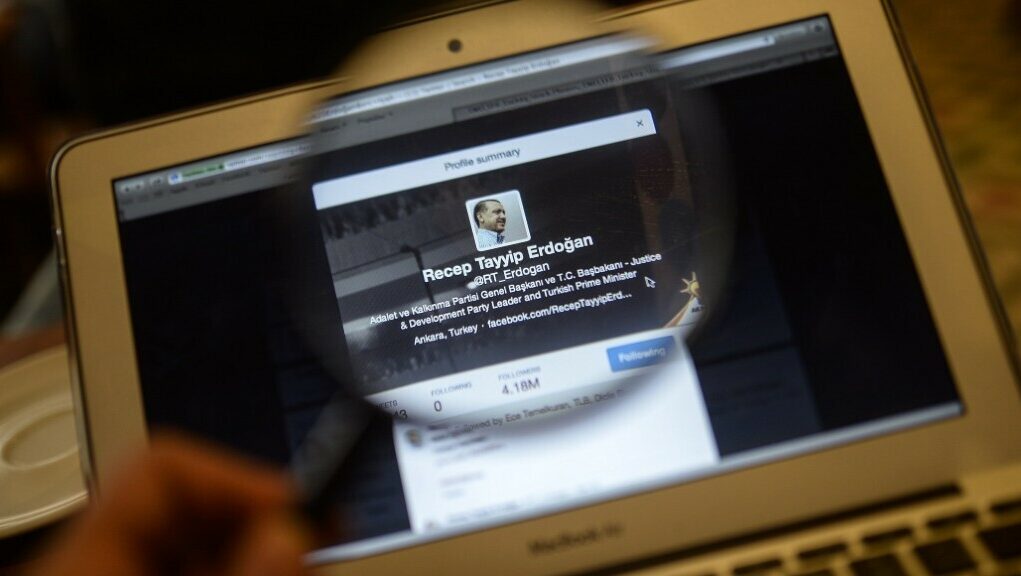 Forty-two percent of news reports blocked in Turkey between November 2019 and October 2020 are related to Turkish President Recep Tayyip Erdoğan, his family and officials of his ruling Justice and Development Party (AKP), Free Web Turkey reported on Wednesday.

The platform, monitoring Internet bans in Turkey, announced that in 12 months’ time 1,910 pieces of content faced censorship by Turkish authorities while 26 news websites were blocked.

Ranked as one of the top jailers of journalists worldwide, Erdoğan’s Turkey has shut down hundreds of media outlets critical of his government since an abortive coup in 2016.

The Turkish government passed a controversial social media law last year mandating that platforms appoint a representative in the county in a bid to enforce court orders to remove content within 48 hours.

Free Web Turkey’s report, titled “End of News: Internet Censorship in Turkey,” identified 150 court decisions to block 1,910 URLs and said it was obvious that the government and the Criminal Judgeships of Peace were heavily censoring critical content about the government.

According to the report, banned news articles included a report on an AKP municipal official in the western province of Manisa who reportedly forced a female jobseeker into sex work.

The report listed banned news about Erdoğan’s close circle that included first lady Emine Erdoğan carrying a $50,000 handbag in the midst of an economic crisis in the country.

Ankara also barred the public from hearing claims about Berat Albayrak, Erdogan’s son-in-law and former minister of treasury and finance, regarding his purchase of land in an area where the government later revealed plans to construct Kanal İstanbul, an artificial sea-level waterway.

Social media posts by journalist Fatih Portakal criticizing the government’s management of the COVID-19 pandemic were among the banned content, the report added. Fifty-six pieces of content concerning COVID-19 were blocked during the period of time studied.

Ankara also blocked several news websites critical of the government, including Özgürüz, which was founded by Can Dündar, a journalist in exile in Germany.

The report says the website of women’s news agency Jinnews, which publishes in Kurdish, Turkish and English, was blocked in February, August and November and twice in October.

The Turkish website of Rudaw, a news agency based in the autonomous Kurdistan region of Iraq, and Nupel were also subject to blackout.

CENSORSHIP PROTECTS THE MURDERERS OF WOMEN

The Free Web Turkey report also concluded that almost 9 percent of the identified decisions on access restrictions (13 out of 150) were aimed at protecting alleged perpetrators of crimes committed by men against women and children. Accordingly, news about Fatma Altınmakas, who was murdered by her husband after her husband’s brother raped her, was blocked, according to the report.

The researchers for the report urged the authorities and social media giants to ensure Internet freedom in Turkey and said restrictions on Internet freedoms must be regulated within the framework of international principles.

“Social media sites can now accept the status and responsibility that they are no longer ‘social media’ but ‘media’ in Turkey, and can continue their activities despite all the obstacles,” they said.